“I’m proud to be a dad again,” says Bice, adding that his wife is due in August. “We don’t know if it’s a boy or girl yet and don’t care as long as it’s healthy and has all its fingers and toes.”

“Aidan has helped me to grow and be a better person in the past 2 1/2 years,” says Bice. “I’ve let go of a lot of things in life that I thought were important since he came into our world, he also teaches me each day to be more loving, understanding and patient.”

Fisher and Bice met before the singer stole the spotlight on FOX’s talent hunt — when he worked as a guitar store clerk and frequented the Ragtime Cafe in Hoover, Ala., where she waited tables. In 2005, Bice, 32, was the runner-up on Idol, behind Oklahoma native Carrie Underwood.

Last year, he started his own record label, “Sugar Money,” opened a recording studio he called “Rock Hound” and released the album See The Light, which he produced and released under his label (hear it at Bobice.com). He’s now working on a new album.

But his success has never affected his parenting. “Bo’s the best dad, Caroline, 28, told PEOPLE in November 2005. “He’ll just sit and stare at Aidan. He loves him with all his heart.” — Stephen M. Silverman and Marisa Laudadio 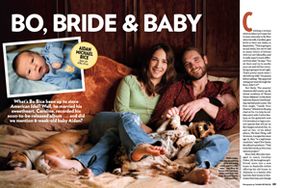 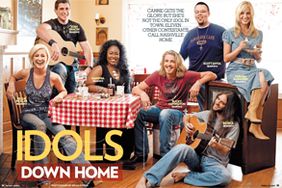