"Anything is possible and you just have to go for it," Danielle Umstead said

Danelle Umstead is continuing to prove that anything is possible.

The 46-year-old athlete, who has won three Paralympic bronze medals in alpine skiing, made her Dancing with the Stars debut on Monday’s season 27 premiere as the first-ever blind contestant that has competed on the dancing competition series.

“As an alpine skier, I’m able to charge down the mountain at up to 70 miles per hour — without being able to see. My husband guides me down the mountain and one of my proudest moments is winning a bronze medal at the Paralympic games,” she explained in her video package. “Now I have a new challenge and that challenge is dancing.”

Although her pro partner Artem Chigvintsev has extensive experience in the world of dance, teaching Umstead was a new challenge.

“When Danelle told me that she is blind, the first thing I thought: How am I going to teach a blind person how to dance?” he said. “This is hands down the biggest challenge I’ve ever had on the show.”

To facilitate in learning the dance, Umstead used touch to understand the movement.

“Because I can’t see, I touch Artem’s shoulders or his legs to feel the movement and paint myself a picture,” she explained.

Throughout her training, Umstead didn’t allow her husband, Rob, to watch. So on Monday’s premiere episode, he was blown away by her debut dance — a beautiful and emotional foxtrot that she and Chigvintsev performed to Andra Day’s “Rise Up” — and joined her on the ballroom floor alongside her guide dog, Aziza, for the judges’ scores.

“It was great. I was really impressed. I’m blown away,” he told co-host Tom Bergeron of his wife’s dance.

“That was so lovely. It was classy, it was classic, it was very, very effective,” said Bruno Tonioli.

“I’m still processing what I just witnessed because I think it’s a lot more information than we’re actually really noticing,” Carrie Ann Inaba remarked about the dance. “What you did was spectacular. The way you moved through uncertainty and the trust — I think we can all feel the bond between you and Artem, which was so magical. You moved as one body.”

Inaba also encouraged her: “Trust what you’re doing. You are going in such a beautiful direction.”

While Umstead, who scored 18/30, was admittedly “so scared I was going to fall and trip,” she said of the challenge: “Anything is possible and you just have to go for it.” 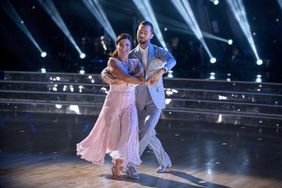 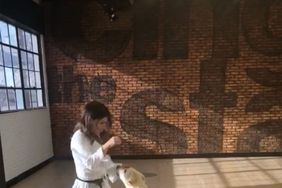 Meet Danelle Umstead's Other 'Dancing with the Stars' Partner: Her Guide Dog Aziza 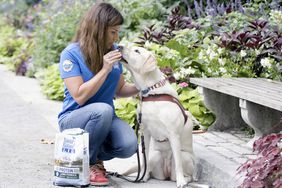 I ❤ My Pet: Paralympian Danelle Umstead Reveals Guide Dog Aziza Is Force Behind Her Success 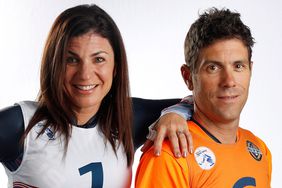 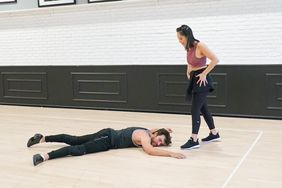