The star is engaged to Rob Kardashian

Blac Chyna is set to join the Kardashian-Jenner family, with the model getting engaged to Rob Kardashian Monday night.

Though she’s about to join TV’s most famous reality family, some fans may not be as aware of Blac Chyna’s as they are of her future in-laws. We’ve gathered what you need to know about Kardashian’s love below:

1. Her real name is Angela.

Black Chyna didn’t always go by her current name, as she born Angela Renée White. And she plans on going by Angela when she marries Kardashian.

2. She shares a son with Tyga.

Black Chyna is a mother to one son, King Cairo Stevenson, who was born in October 2012. She shares King Cairo with her ex Tyga, to whom she became engaged shortly after their son’s birth. The couple broke it off by August 2014.

3. Her relationship with the Kardashians is complicated

Tyga, 26, is currently dating Kardashian’s half sister Kylie Jenner. Black Chyna is also best friends with Amber Rose – the ex of Rob sister’s Kim Kardashian West‘s husband Kanye West. Rose herself has been involved in several feuds with the Kardashians and West, though Kim, 36, made peace earlier this year after the latest spat.

After Tyga and Kylie, 18, went public with their relationship last year, Blac Chyna slammed her ex, claiming he could not afford the Ferrari he bought Kylie for her birthday. That sparked a backlash from Tyga, though on Tuesday he shared his congratulations for the couple.

4. She has her own beauty brand.

Blac Chyna does club appearances and models – recently showing off her curves for a steamy photoshoot for 138 Water by DRE. She met ex Tyga on the set of a music video in 2011. She also has her own beauty brand, Lashed By Blac Chyna.

5. She has reality TV ambitions.

In addition to being a model and business owner, she also has her eye on television, with sources telling PEOPLE she wants a reality show with Rob.

“An engagement and wedding planning are of course very interesting and would attract viewers,” a source said Tuesday. 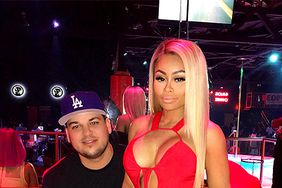 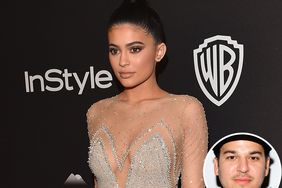