Blac Chyna is using comments previously made by ex Rob Kardashian in a deposition to challenge his claim that she physically abused him and should pay hundreds of thousands of dollars in damages as a result. Among Kardashian’s comments is his admission that he enjoys “being scratched” by women.

The former couple, who are parents to 2-year-old daughter Dream Renée, allegedly got into a physical altercation in December 2016 in the home of Kardashian’s younger sister, Kylie Jenner. In September 2017, Kylie, 21, and her older brother, 31, sued Chyna, 30, for battery, assault and vandalism, alleging she attempted to choke Kardashian with an iPhone cord during a fight.

In the complaint, the siblings claimed Chyna made a “deliberate attempt to extort the Kardashian family for her own monetary gains,” adding that her decision to have a baby with the only KarJenner son was “nothing short of an outright fraud to shake down the family.”

Some 15 months later, on Jan. 18, 2019, Chyna filed documents, obtained by The Blast, which include evidence that bolsters her assertion that her ex-fiancé suffered “no physical injuries, no actionable psychological injuries” during the incident.

In a transcript of a deposition in the documents, Kardashian stated: “Being scratched by a female is probably one of the best things a man could ask for.”

The interviewer then asked him if Chyna’s “nails across your chest” — a reference to his accusation that she ripped his shirt in December 2016 — “felt good,” to which Kardashian responded: “It didn’t really occur to me that it was going to be, go into, you know, guns and strangling … I thought she was just being drunk, and you know, trying to be funny.”

When asked for clarification in the deposition, Kardashian added that the physical contact made during the shirt-ripping “didn’t feel good. That’s for sure.”

Chyna’s filing also revealed that Kardashian is seeking $500,000 in damages because of the night in question, which Chyna does not believe she should have to pay. She instead is willing to hand over $5,000 — $250 of which would be for the ripped shirt.

The year after the alleged fight, in July 2017, the exes made headlines once again because Kardashian posted graphic and expletive-ridden content about Chyna on social media — including three naked photos — while accusing her of drug use, alcohol abuse and infidelity.

Kardashian’s actions launched a two-month-long custody war over their daughter. The two agreed to joint custody in September 2017, PEOPLE confirmed — though at the time, Chyna’s lawyer Lisa Bloom said the decision “does not resolve all disputes between Chyna and Rob.”

The next month, Chyna filed her own lawsuit against her ex for allegedly damaging her brand and verbally and physically abusing her. In the filing obtained by PEOPLE, Chyna claimed she had suffered “significant damages” from his social media posts. She alleged the nude photo scandal — along with influence from the Kardashian family — are what got Rob & Chyna, her and Kardashian’s E! reality show, axed before a season 2.

She also accused Kardashian of physical abuse, alleging that her ex once grabbed her phone out of her hand and “violently knocked her to the ground where she landed on her hands and knees” after she tried to call Tyga, with whom she shares 6-year-old son King Cairo and who previously dated Kylie for almost three years.

Kardashian, who denied the assault claims, and his family requested that the case be dismissed. According to court documents filed Dec. 27, 2017, in the Superior Court of Los Angeles and obtained by The Blast, Kardashian “generally and specifically denies each of the allegations” and claimed Chyna “did not suffer any injury or harm as a result of any conduct by [Kardashian].”

In a statement to PEOPLE in response at the time, Chyna’s attorney said, “We are confident that we will prevail on this motion and at trial.”

A judge recently granted Chyna a trial date in the case, set for Feb. 3, 2020, with pre-trial depositions of Khloé Kardashian, Kim Kardashian, Kris Jenner and Kylie to take place in the spring of 2019. 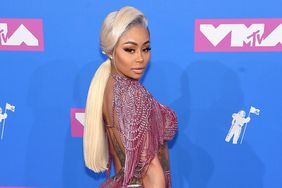