Blac Chyna is sticking up for her children.

” ‘So’ my children aren’t supposed to live the same lifestyle as their fathers ETC ETC ha?” she wrote on her Instagram Story. “As a single mother, I provide for them and give them the luxury lifestyle they deserve….WOW!!!”

The post comes one week after Chyna claimed she doesn’t need any financial help from Kardashian, 31, amid their ongoing child support legal battle.

“Work hard, Play harder! My s—! No Help! No Child Support! Stop the F—— Lies!” she captioned a since-deleted Instagram video showing off her Rolls Royce, Ferrari and Bentley cars parked outside of her home.

Kardashian and Chynaa first took their relationship public in January 2016. They finally ended their romance for good in February 2017.

Last week, Kardashian reportedly filed a request to modify his child support payments to Chyna, claiming he “can no longer afford” his $20,000 per month payment.

According to the court documents obtained by The Blast, Kardashian claimed his volatile relationship with Chyna and the domestic violence restraining order she filed last year has damaged his career and is keeping him from earning money.

According to the outlet, Kardashian claimed he stopped participating on Keeping Up with the Kardashians after his relationship with Chyna took a turn for the worse.

“I have not participated in the filming of any episodes since this summer when [Chyna] filed a request for a restraining order against me,” he said in the declaration. “Her request was widely publicized and I was scrutinized by the media.”

Kardashian continued, “It has been an extraordinarily difficult time for me emotionally and I have no desire to continue participating in the reality show. I would like to maintain my privacy, try to recover from the emotional damage of the past several months, and explore other business ventures.”

All About Tyga’s Legal Woes: From Child Support Allegations to Real Estate Disputes

Kardashian reportedly said in the documents that his monthly income has dwindled from nearly $100,000 a month to less than $10,000 since their split.

Meanwhile, this isn’t the first time Chyna has called Tyga out over financial disputes. In 2017, she accused him of skipping child support payments. (The two met when Chyna starred in Tyga’s “Rack City” music video in 2011 and welcomed King in October 2012. They got engaged shortly afterward, but broke it off by August 2014.)

“No child support!” she wrote on social media. “I bet any money! I got more money then [sic] ur account Tyga, Michael!!! So go tell Kylie [Jenner], and Rob! About our son account! Cause that’s the only reason I’m contacting [you]! But u wanna make it like I want u lol!” 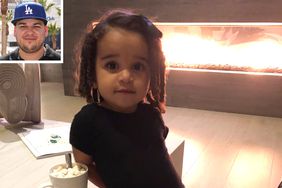 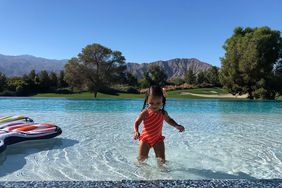 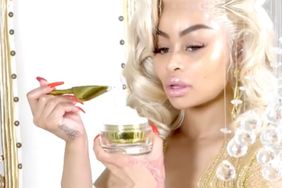 Blac Chyna Slammed for Endorsing Skin Lightening Cream, Which She Plans to Promote in Africa 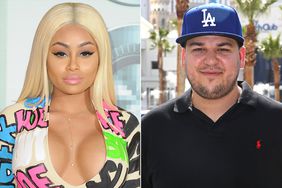