Why Bindi Irwin, 19, Thinks Her Boyfriend Is 'the One' — and How She Honors Late Father Steve

The late Crocodile Hunter Steve Irwin was honored with a star on Hollywood’s Walk of Fame on Thursday, and his wife and two children vow to carry on his legacy.

“It’s such a true blessing to have dad forever remembered for his extraordinary conservation work,” his daughter Bindi, 19, told PEOPLE ahead of the ceremony. “I truly feel Dad will be with us in our hearts as we unveil his star. He was the greatest dad on planet Earth. He reached through televisions to millions of homes worldwide trying to educate everyone on how to make a difference.”

The Irwins have a new series on Animal Planet, and although it will be their first time filming together without Steve — who died at age 44 in September 2006 when a stingray pierced his heart with its barb — they are excited to work on the series with their “extended family.”

Steve’s widow, Terri, feels lucky to honor his legacy with their children by her side.

“Steve and I determined early on that we wanted to do everything together as a family, and Steve was true to his word keeping us together. Being able work as a family is really important to us,” said Terri, 53.

Bindi couldn’t agree more. Although all three admit that not a day goes by when they don’t think of Steve and miss him, their grief over his death led them to continue on with their conservation work.

“I think as a family, we have this great mission to make a difference on the planet for the generations to come to have clean air, fresh water, and an abundance of wildlife forever,” Bindi explained. “I feel like dad would have wanted us to carry on and find happiness in every day.”

As for the newest recruit to the family mission, Bindi’s boyfriend, Chandler Powell, wasted no time gearing up in the family uniform: khaki.

“He’s done so well, I think he’s passed the Irwin family khaki test. We’ve had him jumping on crocodiles and feeding alligators,” said Bindi, proud of her boyfriend’s willingness to be part of the family.

“I think I have found my one, and I’m so lucky. He is always encouraging me to follow my dreams, reminding me to stand up for what I believe in,” Bindi gushed. “I’m truly proud of Chandler because he is always unbelievably kind and optimistic. He is there [for me] no matter what.”

The family will host a Steve Irwin Gala Dinner on May 5 to honor Steve’s life and raise funds and awareness for their nonprofit organization, Wildlife Warriors. 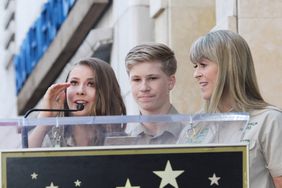 Bindi Irwin Tears Up at Late Father Steve's Walk of Fame Ceremony: 'It's Such a Special Day' 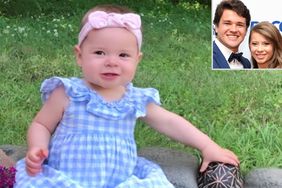