Billy Bush Hospitalized After Being Struck by a Golf Ball: 'I Think I Dodged a Bullet'

Billy Bush is recovering after suffering a hard hit.

The former Today show co-host, 46, shared multiple photos Monday from a hospital bed at Cedars-Sinai Hospital in Los Angeles, including a snap of himself laying down and another of him posing with a medical staff member.

“FORE!! Thanks nurse Katrina, jovi, Jenn, Mercy @cedarssinai for the bed, the care, the ice,” Bush wrote in the caption. “I think I dodged a bullet…but sadly not a golf ball. Scan is clear, let the jokes begin #putmedownforpar.”

Bush’s accident comes more than two months after he announced in September that he and his wife of almost 20 years, Sydney Davis, were separating.

The father of three’s lawyer confirmed to PEOPLE in a statement that the couple were “on a short-term break,” while his rep told PEOPLE, “After almost 20 years of marriage, they have separated for the moment to evaluate their life together.”

“They love each other and their children deeply and are committed to a bright future,” the rep continued.

Their split came nearly a year after Bush parted ways with the Today show in the wake of his controversial, leaked 2005 conversation with Donald Trump, which came to light in a Washington Post article published in October 2016.

In his first televised interview since the tape was leaked back in October, Bush told ABC News’ Robin Roberts in May that the conversation brought his 16-year-old daughter to tears.

“She was really upset, and I said, ‘Mary, it’s, it’s, going to be OK. You know, don’t worry,’ ” said Bush, who was fired from Today several days after the tape’s release. “And she said, ‘No. Why were you laughing at the things that he was saying on that bus? Why were you playing along with it, Dad? It wasn’t funny.’ ” 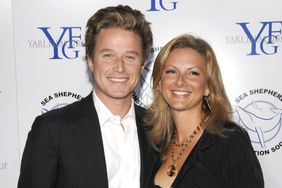 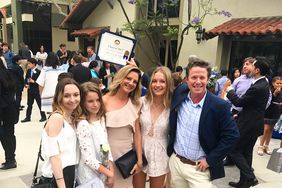 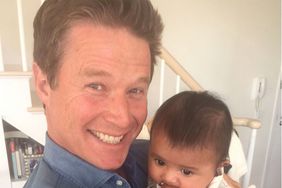 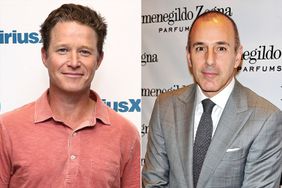