Bill Hader and Rachel Bilson have gone their separate ways.

Hader's rep was unavailable for comment. A rep for Bilson did not immediately respond.

The pair publicly confirmed their relationship when they attended the Golden Globe Awards together on Jan. 4, holding hands as they made their way down the red carpet.

They first sparked romance rumors when they were spotted grabbing coffee together in his hometown of Tulsa, Oklahoma, in December.

In February, a source told PEOPLE that they were getting more serious as a couple.

“They spend a lot of time together and it seems like a serious relationship,” the source said at the time. “They were in L.A. over the Valentine’s Day weekend. On Sunday, they enjoyed a getaway to the Montage Hotel in Laguna Beach.”

“It seems like a fun relationship,” the source said, adding that Bilson “always seems entertained,” around Hader.

“She won’t stop laughing when she’s with Bill,” the source continued. “He is very sweet and considerate to her. Quick to open doors and acts very attentive.”

Bilson and Hader starred together in the 2013 romantic comedy The To Do List. Maggie Carey, the film’s director, was married to Hader from 2006-2018. They share three daughters: Hayley Clementine, 5, Harper, 7, and Hannah Kathryn, 10. 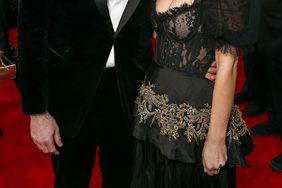 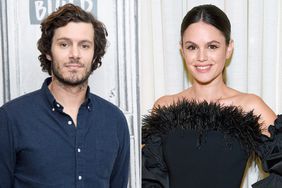 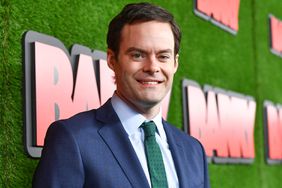