NBC’s head of programming found himself in the hot seat Friday over its now-canceled Bill Cosby comedy.

The network pulled the plug on the project in November – but not until David Letterman canceled him as a guest on The Late Show and after Netflix postponed its comedy special featuring the 77-year-old comedian.

“Fifteen women came out and accused him of what they accused him of,” explained NBC Entertainment Chairman Robert Greenblatt, as reported by Entertainment Weekly. “While over the years we heard some those accusations and knew there were a couple settlements and whatnot, it didn’t seem to be the thing that was critical mass. When we realized there seemed to be so much more of it, it wasn’t something where we could go, ‘Oh, we’re not sure.’ He hasn’t been proven guilty of anything. I don’t want to be the one who says, ‘Guilty until proven innocent.’ But when that many people come out and have similar complaints, it causes such a tainted situation there was no way we could move forward with it. The good news is, unlike Netflix, which had a special to run, we were developing a script … We didn’t even have a first draft … I’m glad we’re out from under that.”

NBC’s hope was for Cosby to play a patriarch of a multi-generational family in a classic family sitcom. There was even talk of Glee‘s Mike O’Malley – who first pitched the project to NBC with Mike Sikowitz – to play one of the sons-in-law.

Allegations against Cosby had been well-publicized over the years, but they resurfaced in October when comedian Hannibal Burress called the comedian a rapist during one of his stand-up routines.

When pressed by reporters to explain what “critical mass” meant, Greenblatt seemed to struggle to find the right answer.

“Fifteen yes, two, no,” he said. “All I can tell you is there’s a lot of people who have been in business with Cosby for 25 years, and go ask them the same question. I just answered what I could answer. I didn’t think it was a problem until it became critical.”

When asked if NBC would never be working with Cosby again, Greenblatt replied: “I think that’s safe to say.” Meanwhile, a 24-year-old model who alleged that Cosby drugged and sexually assaulted her met with the Los Angeles Police Department on Wednesday. 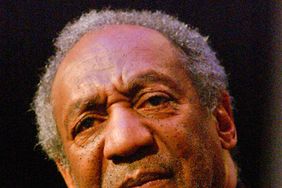 Bill Cosby Ignores Rape Allegations While Performing in the Bahamas 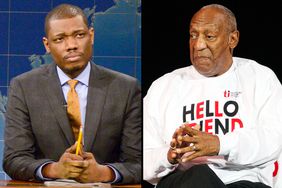