Ah, the perils of the temptation reward! After so many seasons, you would think the contestants would know to duct-tape their mouths shut when presented with proffered pastries for power. But no, as usual, they ended up eating, and then they ended up regretting, and then they suffered at the hands of Bob and Jillian in a particularly grueling last-chance work out. At least lucky Laura won the big prize — control of the vote — without having to digest thousands of calories to get it. But in a tough pick, though, she decided to send home Mesa, Ariz., landscaper Sione Fa, 28.

A Montage We Can’t Refuse: Kristin revealed what viewers had suspected, that father figure Ron was actually one tough competitor and manipulator. In fact, Ron’s influence on campus was so widespread that contestants called him “the Godfather” or “Hatchet Man.” Thus kudos this week to show’s producers for giving us a hilarious montage of capo-like moments with Ron, the Don of the Ranch.

Full Of It: Among 100 covered silver trays lining the gym, contestants had to find the one tray holding a golden ticket good for the sole vote at the weigh-in. Along the way, though, if they chose to go forward in the challenge, they had to eat whatever was on each tray with only a few of them holding just gum and cash. Kristin played it smart by quitting early. Everyone else pigged out until, with less than 20 trays left, Laura found the ticket. Back in their room, Laura told partner Tara she could throw the weigh-in so Laura would be forced to send the other person home, but Tara didn’t want to play dirty. Regret City: When Bob and Jillian walked into the gym and saw the contestants cleaning up silver trays, the pair became furious when they learned what happened. Seeing Tara and Filipe looking physically ill, Bob lectured them and said, “I want you to remember this day. I want you to remember this 10 years down the road.” Bob and Jillian then joined forces to whip everyone back into shape. “We will hand them off and take turns beating the crap out of them,” Jillian said. After a Rose Bowl stair-climbing challenge won by Tara, the trainers continued to push their charges. Jillian worried that Tara was phoning it in; Bob was worried that Sione was too stressed out and game-focused.

One-Vote Weigh-In: Although Ron lost an impressive 9 lbs., Kristin’s 6-lb. loss brought a smile to Bob. “With her attitude, she had the golden ticket, not Laura,” Bob said. Tara barely escaped falling below the yellow line, leading Jillian to suspect she may have thrown the challenge. Ultimately, though, the two worst performers of the week were Helen and Sione. Forced to choose between the two, Laura picked mother figure Helen to stay and sent Sione packing. At least Sione went home with the best promise ever to America: “The next time you see me,” he said, “I’m going to be the next Tongan Brad Pitt.” Awesome! Didn’t know there already was one! –Cynthia Wang

Tell us: Do you think Tara tried to throw the weigh-in or did she just have an off week? Does Ron have too much power in the game? 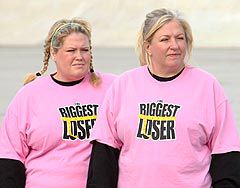 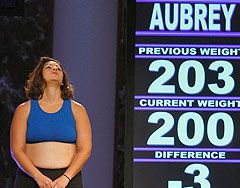 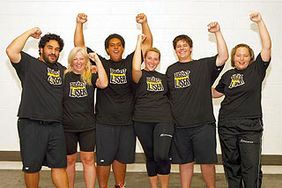 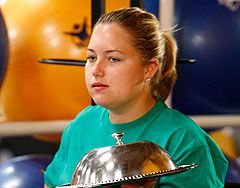 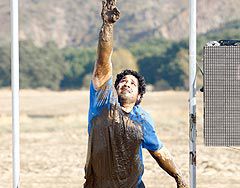 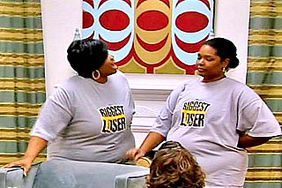 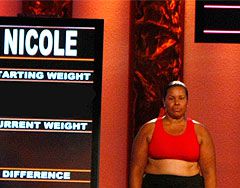 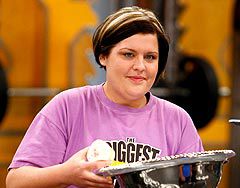 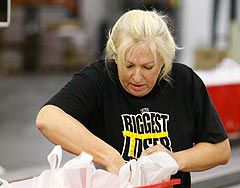 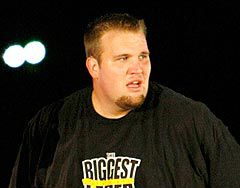 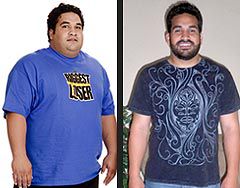 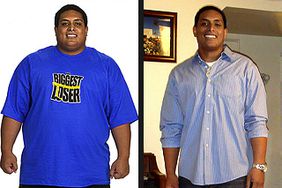