The death of one of their own is coming back to haunt the moms of Monterey in a new teaser trailer for season 2 of Big Little Lies.

A new trailer, released on Sunday, offers the deepest dive yet into the second season of the hit HBO show, the plot of which has largely been kept under wraps since it was announced in December 2017.

She’s likely referring to the events that wrapped season 1, in which the women, along with Bonnie Carlson (Zoe Kravitz) who helped Celeste push her abusive husband Perry (Alexander Skarsgard) to his death on the night of a school fundraising event, then promised each other to keep the circumstances secret.

Back in the car, Jane chimes in to say she was approached on the beach by a young man who asked if she was part of the so-called “Monterey Five.”

“Just the way he said it, you know… Like we all have scarlet letters on our backs,” Jane tells the group.

Meryl Streep also makes an appearance in the teaser as Mary Louise Wright, Perry’s mother who is on the hunt for answers as to what actually happened to her son.

“My son is dead. I want to know what happened that night,” she tells Madeline. “I’m very tempted to ask you, but I… I don’t think I would get the truth, would I?”

Adam Scott (Ed), James Tupper (Nathan) and Jeffrey Nordling (Gordon) will return for the seven-episode season, which will premiere Sunday, June 9 on HBO at 9 p.m. ET.

A previous teaser released in January suggested that it will kick off right where season 1 left off, as the women are all seen standing in a line with numbers against their chest in what appears to be a police lineup, wearing the same clothes they donned in the season finale.

Season 1, based on the novel by Liane Moriarty, premiered in 2017, and scooped up eight Emmys, including Outstanding Limited Series and Outstanding Lead Actress for Nicole Kidman. 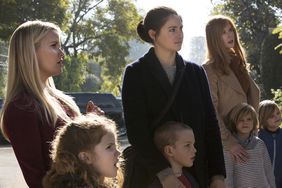 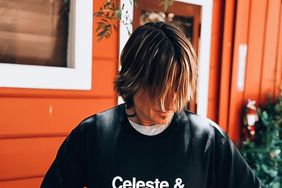