After dominating the 2016 MTV VMAs, a crew of rap and R&B royalty convened at an afterparty to take a photo that forever raised the bar for #squadgoals!

In the early hours of Monday morning, the cozy pizzeria Pasquale Jones in Manhattan’s Little Italy was transformed into the center of the celeb universe as a fleet of VMA vets arrived. The galaxy of stars included Beyoncé, husband Jay Z, Kanye and Kim Kardashian-West, Alicia Keys and husband Swizz Beatz, hip hop mogul Diddy and longtime romantic partner Cassie and Steve Stoute.

Gathered around a bottle of wine (or two…) the happy couples gathered for a truly epic epic photo.

It was a night for lots of epic moments. Beyoncé made a powerful pro-Black Lives Matter statement on the VMAs carpet, before owning the stage with a feminist-powered medley of tracks from her latest album, Lemonade.

Keys also took a stand for tolerance by recognizing the 53rd anniversary of Dr. Martin Luther King’s historic “I Have A Dream” speech. The singer also recited a poem with a powerful message: “I hope that one day, men and women truly are equal.”

Kanye (who stayed with his wife at a luxurious home courtesy of AirBNB) made the most of his time in the spotlight by addressing his idols (and the Taylor Swift controversy) before premiering his new video for “Fade,” featuring the lovely and talented Teyana Taylor.

A busy night called for a well deserved celebration – and no party is complete without pizza! 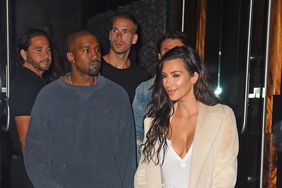 Chicken Wings and Prawns! Kim Kardashian and Kanye West Feast During a Night Out in N.Y.C. 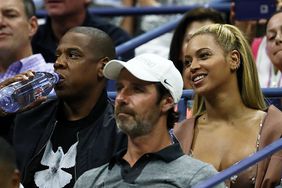 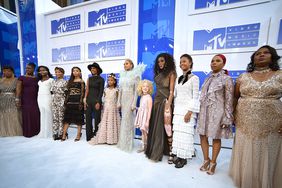