It was only after Belinda Carlisle had accepted a spot on Dancing with the Stars that she realized she might have a problem with a crucial dance step–the spin.

“Spinning,” says Carlisle, 50, the oldest female contestant of the group. “I can’t even look at a merry-go-round without getting dizzy.”

Despite that little hitch, the former lead singer of the ’80s band The Go-Go’s says she is ready to give ballroom dance a whirl even though “I’ve never done anything so strenuous.”

She rehearses with partner Jonathan Roberts five hours a day, six days a week. And while many past contestants have been known to lose weight during the course of the show, Carlisle, who is this year’s face of NutriSystem, says she’s not looking to lose drop any pounds off her petite frame.

And though she’ll have to wait till next Monday (8 p.m. EST on ABC) to go toe to toe against the other celebrity contestants, she has met one competitor, Jackass star Steve-O, who asked to use the Go-Go’s hit, “We’ve Got the Beat.”

“I was thinking, ‘What dance are you going to do to that?'” says Carlisle, “Given it’s Steve-O, it can be anything.” –Elaine Aradillas 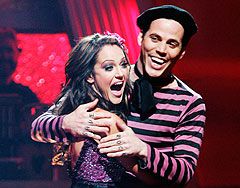 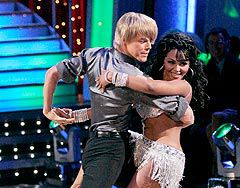 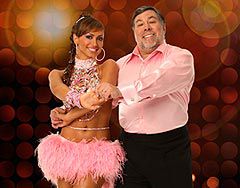 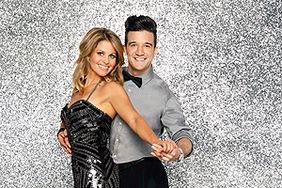