The Juiciest Secrets Behind the 'Real Housewives' Franchises, as Told by Bravo Producers

Every Bravoholic knows that The Real Housewives of Orange County was the original Housewives series. So when producers pitched a reality series called Manhattan Moms one season after RHOC began, it was decided that instead, New York City would become part of the Housewives franchise, producers revealed at BravoCon 2019. And RHONY was born.

For better or worse, Real Housewives of Atlanta star Kenya Moore "never tried to put a positive spin on her marriage," producers said of filming the star's rocky relationship with her husband of three years Marc Daly, from whom she is separated.

"She was very open and honest about what was going on," they said.

Although producers were rooting for the marriage to work, they also said, "It was clear, in our opinion, that they just didn't get along," adding that it was "definitely uncomfortable" every time they filmed with the couple.

It was tough to watch as the Giudice family endured Joe's detainment in an ICE facility before he was deported to Italy. Producers said they were around as the whole situation unfolded on The Real Housewives of New Jersey, and that Joe would call Teresa from the facility "often five to seven times per day."

Teresa and Joe Gorga Will Always Have Each Other's Backs

Fans have seen siblings Teresa Giudice and Joe Gorga go through many ups and downs on the show, but fights come and go, and siblings stick together. Producers have said, "Teresa very much respects her brother and listens to his advice."

Jennifer Is the Hostess with the Mostess

If shopping was a sport, RHONJ star Jennifer Aydin would be an Olympic gold medalist. According to producers, the mom of five shops more than all of her castmates and is the most likely to have packages laying around the house when production comes over to film. But on a different note, Bravo staffers have said Jennifer and her husband Bill are the most hospitable. The couple are "very warm to the crew — often having snacks and spreads generously prepared."

Jersey girls do it best, especially when glam squads are involved. However, when it comes to doing their own hair and makeup, producers say two Housewives reign supreme.

When asked by Access Hollywood in 2019 if he would ever cast a man on the franchise full-time, Andy Cohen revealed that he "almost casted a gay man in Jersey many years ago," and that it's "not out of the question."

He added, though, that he'd "like to cast a lesbian first."

Real Housewives of Potomac star Gizelle Bryant needs snacks nearby at all times during long confessionals — and then you can talk to her for hours on end.

Her snack of choice? Cheetos.

Her castmate Karen Huger's must-haves include Red Bull or tea.

As for the rest of the cast? Champagne, baby!

Who Is the Best at Confessionals?

According to producers, RHONY alum Dorinda Medley was "the best in the chair."

"NeNe Leakes is an absolute icon when it comes to a sound bite," one staffer told Bravo of the former Atlanta star.

Kim Richards, of Real Housewives of Beverly Hills, is the gift that keeps on giving.

"We started to realize the more you open it up, the more you let her answer and then you stay on her for that extra beat and you get that face or something and it was really gold," a producer shared on BravoTV.com.

Which Housewife Bares Everything on TV?

During BravoCon 2019, producers revealed that although all the women are amazing, it was RHONY's Bethenny Frankel who "fully lived her life on television."

Cast Trips Create Reality TV Magic for This One Reason

With every trip, you know there's going to be more than enough drama to go around. Producers shared that trips keep "the women together and they cannot escape. ... And so for three, four, five days, they have to deal with the drama and it bubbles."

"There's a beauty within those trips that helps us from a storyline standpoint," they added.

Favorite Tagline That Got Left on the Cutting Room Floor?

The winner, per a RHOP producer, was Candiace Dillard's: "I may have come from Jesus, but I stayed to slay." 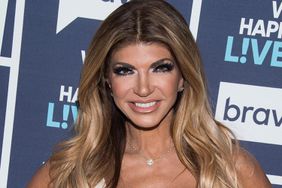