"If anyone else can't be honest with me from here on out, I don't want you here," Becca Kufrin says

We pick up in the middle of last week‘s cocktail party. For some reason, all the guys are acting like David falling out of his bunk bed was a crime against humanity.

“David’s a fighter,” says Chris. “What he endured, we wish upon no one.”

Relax, everyone. David is FINE, even though his face does kind of look like a time warp. And the silver lining to being hospitalized on this show is that you don’t have to sit through a rose ceremony: Becca gives David a rose and promptly sends him off to bed. (Somebody get the man a bottom bunk this time, for the love of God.)

At the rose ceremony, Banjo Player Ryan and Man-Bun Mike are sent home. Farewell, Ryan, who uttered not a single televised word in four episodes.

Becca and the remaining 15 guys travel to Park City, Utah, for this week’s dates. The first one-on-one goes to Garrett, our glaringly obvious frontrunner.

“With Garrett, every time I think about him I get butterflies. He just makes me feel like I can be me and be my goofy self and he embraces that, because he’s the same way,” Becca gushes. “He reminds me of home. I feel like my dad is watching throughout this and Garrett is just somebody that he would really, really like. And that honestly warms my heart.”

The Bachelorette‘s Garrett Yrigoyen Speaks Out About Liking ‘Hurtful and Offensive’ Memes: ‘I Am Not Perfect’

Becca and Garrett spend the day exploring everything Park City, going bob-sleighing with former Olympic medalists and generally being nauseatingly enamored with one other.

“On a scale of 1 to 10, today was a 10,” Becca says. “Garrett makes me feel amazing and I feel so secure with him. I trust him so completely. He gets me. I just feel like I could see him at the end of this.”

On the evening portion of their date, Becca decides it’s time to delve a little deeper into Garrett’s dating history and finds out something she definitely didn’t see coming: He’s divorced. The backstory is that he met someone right out of college, fell in love and got engaged about a year and a half later. They were engaged for a year before they tied the knot — but just two months into the marriage, they split.

“I think that I fell in love with and got married to the wrong person,” he says.

Obviously, Becca needs more answers. After some prodding, Garrett reveals that his ex was “emotionally abusive” and drove a wedge between him and his family and friends. Even though there had been red flags earlier on, he was blinded by love and wanted to make it work. (Plus, as he points out, no one in his “bloodline” had ever gotten divorced before.)

Now, a couple of years later, Garrett insists he’s had time to “heal” — and knows what he wants more than ever.

“I’m here to build a true, strong connection and if it’s not there and I don’t feel that it’s right, I’m not just staying in it to be with you at the end,” he tells her. “I’m going to be in it because the next person I say ‘I love you’ to is going to be the person that I see myself spending the rest of my life with. So I’m here for you — and for this to work.”

Gold star — and a rose — for Garrett.

Meanwhile, back at the hotel, the rest of the guys find out that Lincoln — wait for it — believes the world is flat. They try pointing out that people have sailed around it in its entirety with falling off, but Lincoln insists this is only because of “friction” and, uh, “gravity.”

Unfortunately, this is nowhere near Lincoln’s worst offense.

Becca harbors a not-so-secret lumberjack fantasy, and ABC makes all her dreams come true when they round up 13 of her guys, get them dressed up in matching flannels and arrange for a wood-chopping, log-flipping, axe-throwing competition. It’s all fun and games until the crippling emasculation kicks in!

During the evening portion of the date, tensions start to flare up between the guys when Jordan — for the second week in a row — parades around in his underwear in front of Becca. But when it comes to inappropriate date behavior, Jean-Blanc takes the cake.

RELATED VIDEO: Tia Booth Sets the Record Straight About Her History with The Bachelorette‘s Colton Underwood

Jean-Blanc pulls Becca aside and gifts her a bottle of perfume because he’s the “colognoisseur.” Cheesy, but fine. But then he pretends to whisper in her ear only to plant a kiss on her when he gets close enough to her face. She’s obviously turned off by it, and he only makes matters worse when he pulls her aside for a second time later that night.

“I’ve been doing a lot of thinking and I really haven’t felt like this in a long, long time,” he tells her. “I wanted to let you know that I’m truly falling for you, and I’m falling in love with you.”

Becca realizes this is a code red situation and point-blank tells him they are on different pages. But as she’s walking him out, he backtracks on his comments and admits he thought that was just what she wanted to hear.

Becca is furious. She immediately heads inside to inform the guys what happened and calls the rest of the date off.

“I’m really mad right now,” she says. “I’m so pissed because I only am asking for honesty from you guys. That’s all I want. And to not get that, I feel so disrespected. So if anyone else can’t be honest with me from here on out, I don’t want you here.”

Heading into her second one-on-one this week, Becca admits to feeling “off,” but Wills manages to turn things around for her. That evening, he gets candid about his last failed relationship and the two bond over their shared perspectives. By the end of the night, she happily offers him the rose.

“With Wills, he’s been one of the more reserved guys but he really surprised me tonight,” she says. “We’ve both experienced the heartbreak, the blindside, and he’s still able to be open and vulnerable and share that side of him when I can tell it’s not easy. I feel like I can genuinely trust him.”

By the end of the week, Becca has made up her mind about who she’s sending home. She cancels the cocktail party and heads straight into the rose ceremony, where Nick and Christon get the ax. (No pun intended.) 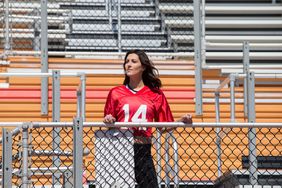 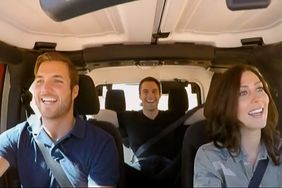 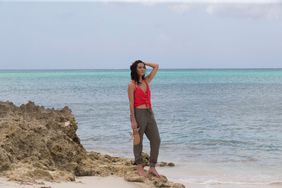