"If I can let it go ... I sure hope everyone else can too," Becca Kufrin wrote

Becca Kufrin is calling for Bachelor Nation to ease up on Tia Booth already.

On Monday night’s new episode of The Bachelorette, Booth revealed to Kufrin that she still had feelings for contestant Colton Underwood after the two ended their brief relationship back in January — and the social media backlash has been intense.

After the airing, there was a firestorm of people slamming Booth on social media, with some people taking her to task for her delay in telling Kufrin about her feelings for Underwood and accusing her of purposely sabotaging the nascent romance.

But in an Instagram Story posted on Tuesday, Kufrin pleaded with the public to take it easy on her old pal, who she became close to after the two competed for Arie Luyendyk Jr.‘s affection in The Bachelor‘s season 22.

“To those who have been bashing Tia, please take a moment to reflect on how it would feel if someone said such hurtful things to you or a friend of yours,” Kufrin wrote. “Tia and I went on a tv show for the chance at love that would be portrayed to the world, but that doesn’t mean we signed up for others to make such harsh judgements (sic) based upon what is shown in only two hours and to spew hatred without actually getting to know us for who we are.”

Kufrin continued, “Tia is a kind, strong, upfront, funny, spunky and caring woman. She has a huge heart, and if anyone sat down with her for three minutes they would realize that. Yes, we are still friends and my friendships are one of the things I hold most dear. Everyone is entitled to their own opinion but that shouldn’t allow for people to vocalize such hatred when it’s not warranted.”

She signed off by adding, “If I can let it go and move on from one conversation then I sure hope everyone else can too.”

Kufrin went on to post a Twitter photo of herself and Booth hugging at a Bachelor elimination ceremony and captioned the image, “Let’s all stop tearing one another down and instead spread some love, folks.”

During the episode, audiences watched Booth pull Kufrin aside and admit that she hadn’t fully put aside her feelings for Underwood, despite previously indicating that their connection was fleeting and put to an end as soon as he was officially chosen for the show.

“I just feel like I am so excited to hear you talk about Blake and Garrett and Jason — and when I think about Colton … If I’m being completely honest with myself, I do feel like I still have feelings for Colton,” Booth admitted. “And when I think about Colton being at this point, now, it makes me sick to my stomach. Knowing that you got to meet his family, and knowing that he’s still here in this makes me sick.”

To that, Kufrin expressed surprise and said she “thought it was done,” which made her “frustrated” and “angry.” Nevertheless, Underwood was ultimately sent packing from the show.

For what it’s worth, Underwood is now expected to appear on the forthcoming season of Bachelor in Paradise, and in a Twitter teaser promoting the news, Booth is again featured admitting “there are still feelings there.”

So, clearly, the saga of Booth and Underwood is not over just yet. 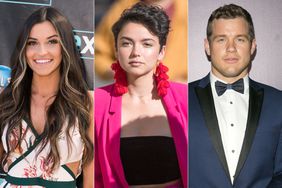 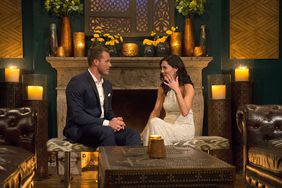 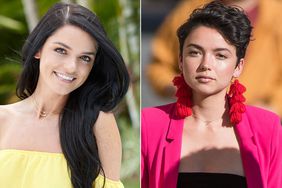