Becca Kufrin got her chance to talk to Arie Luyendyk Jr. after he left her for Lauren Burnham during The Bachelor finale

Becca Kufrin finally got to sit down with Arie Luyendyk Jr. for the first time since he left her for Lauren Burnham on this week’s shocking Bachelor finale.

On Tuesday’s live After the Final Rose, Kufrin, 27, was composed and calm as she confronted her ex-fiancé.

“Since that day I’ve had so many questions running through my brain,” she told Luyendyk Jr., 36. “I think my biggest one is when did you know that you wanted to end things with me and go back to her?”

“I think it was through that conversation I had with Lauren,” he responded. “I know that we had talked about the struggles that I had and how I was thinking about that breakup. There was a lot of guilt and a lot of shame. We were close and I wanted to express everything to you, but I wanted to be sure before I put that out there. I didn’t want to take this huge risk and to face this scrutiny if I wasn’t certain.”

Luyendyk Jr. also defended his controversial decision to break off the engagement in front of a camera crew, saying, “I wanted everyone here and at home to know that this was on me, and it wasn’t on you.”

But Kufrin had some pointed questions for the race car driver: Namely, why he waited over a week to tell her that he had reached out to Burnham on Jan. 1.

“I didn’t want to be rash,” he explained. “There were all these feelings and I wanted to be certain in my decision before I came to you to tell you that I wanted to pursue that. You were working and we were apart. That time was the time I needed to square up my feelings.”

“All I asked for was honesty from you and I feel like I didn’t fully get that,” she said. “I feel like there was a lack of respect on the end for me, for your fiancée.”

RELATED VIDEO: The Bachelor’s Arie Luyendyk Jr. Explains That Shocking Twist: ‘I Made a Huge Mistake’

Looking back on how it all unfolded, Luyendyk Jr. admitted he does have one major regret: getting down on one knee in the first place.

“I do regret proposing that day, because I wasn’t fully ready,” he said. “I think the pressure of this, the pressure of being the Bachelor, knowing that there’s a timeline and having to make that decision on that day. That is totally on me. I have no excuse for that. I apologize for that.”

“As the Bachelor, you have a timeline,” he continued. “And that’s no excuse. I should not have proposed. I was conflicted and I needed more time but I didn’t have any more time. I apologize for that. I can’t take that back. When we did get engaged, I gave it as much effort as I could, but my heart was still conflicted. And it’s hard to express that to you at that time.”

But at the end of the day, Kufrin doesn’t hold any ill will towards her ex.

“I’m always going to have love in my heart for you,” she said. “You were my fiancé, and I did fall in love with you. But I moved on and I’m ready for the next chapter of my life. I don’t want to keep looking back in the past. I want to move forward.”

“I forgive you, I do,” she continued. “The entire situation, it’s hard, but you learn from everything. I do want you to be happy. I hope that Lauren is your one and that you have found that happiness in her. I just want you to be honest with her, and just hold her heart high, have the most respect for her, be committed to her, because this was a lot to go through.”

The live two-hour After the Final Rose special is airing now on ABC. 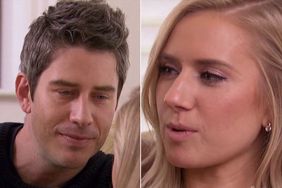 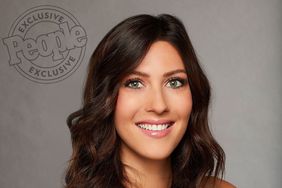 And the Next Bachelorette Is… Becca Kufrin! 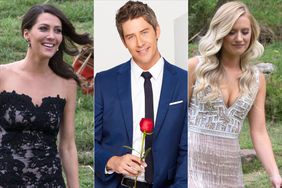