And the Next Bachelorette Is… Becca Kufrin!

Bachelor Nation, it’s official: We have our next Bachelorette!

After a truly roller-coaster experience on The Bachelor, Becca Kufrin has been confirmed as the next lead of The Bachelorette. The announcement was made Tuesday during the live After the Final Rose conclusion to Arie Luyendyk Jr.‘s season.

Of course, Kufrin, a 27-year-old Minnesota-based publicist, was at epicenter of the most shocking season to come out of the ABC franchise yet. On Monday’s explosive three-hour finale, Luyendyk Jr., 36, sent millions of devoted viewers into a tailspin when he pulled a switcheroo: Two months after proposing to Kufrin, he realized he was still in love with his runner-up, 26-year-old sales executive Lauren Burnham. He decided to break things off with Kufrin to pursue a relationship with Burnham — allowing every second of the brutal breakup to be captured by the cameras.

Though many fans were outraged at Luyendyk Jr.’s decision, Kufrin doesn’t harbor resentment towards him, telling PEOPLE exclusively in this week’s issue that she just wants to put that chapter of her life behind her — and move onto the next.

“I’m still going to feel a sense of compassion for him because I did love him,” she adds. “But at this point, I want him to be happy, I want to be done and not have to worry about them anymore. They’re going to be together and do their thing. I want to move on and have my person that I can focus on and live my life with.”

Now, Kufrin is taking her journey to find love to a whole new level — and she says she’s “ready” to be the Bachelorette.

“It does scare me,” she admits. “I’m sure it would [scare] any human, knowing that I was just engaged, I was in love. But I have so much love to give and I want just a partner in life. I’m not afraid to date these guys and find the one who is the best fit for me — I welcome that with open arms.”

“The grand gesture of the engagement, of course, does freak me out a little bit,” she adds. “But that being said, I went into Arie’s season being as open as I could be so I want to do the same in this next chapter.”

RELATED VIDEO: Audience Members ‘Boo’ Arie As He Talks to Becca But Caila Quinn Says She’s ‘Behind Him All The Way’

But there’s one thing Kufrin wants to be extra “mindful” of throughout.

“I want to keep in mind, the people who I really do fall for and have strong feelings for, if was them how would I want to be treated?” she says. “And I want think about the bigger picture and the outcome. Is it best to say ‘I love you’ to two people? I don’t know. If I do feel that need, I want to make sure I’m 100 percent sure and keep in mind their feelings. I want to keep their needs and emotions at the forefront.”

Kufrin’s season of The Bachelorette is expected to premiere later this year on ABC. 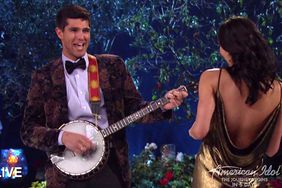 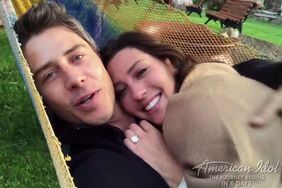 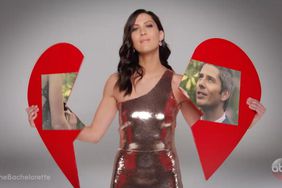 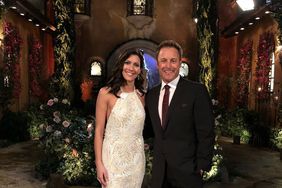 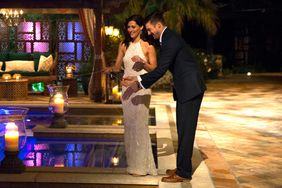