The 38-year-old former pro skateboarder claims Dr. Phil McGraw has since responded and agreed to help

After a difficult few months, Bam Margera reached out to the one person he hopes can help him — Dr. Phil McGraw.

The 38-year-old pro skateboarder and former star of Jackass posted a series of emotional and expletive-filled videos to his Instagram on Sunday morning, all directed at the talk show host.

In the videos, Margera begged Dr. Phil for his help as he explained his struggles with his family and friends, and the frustration he feels with his prior rehab experiences.

“Dr. Phil, I need your help in a big, big way,” he said in the first video, visibly distressed. “My family is in shambles. It’s worse than it’s ever been, ever.”

Margera first discussed the issues he has with his wife, Nicole Boyd. He publicly told Dr. Phil on Instagram that he “can’t stand her,” and that he fears she would use their now 18-month-old son as “bait” in a separation battle.

“Nicki I can’t stand. No, I can’t stand her. I’ll tell you why,” he said in the video. “Let’s start with Pheonix Wolf. I have an 18-month son and he’s the best, and I love him to death and Nicki knows that. And if we separate I know she’s gonna use him as bait and I ain’t playing that f—— game so you can have him.”

He went on to say that the issues he has with her drive him “f—— bonkers.”

In another video, he discussed his mother, April Margera, whom he claimed to have “disowned” after she seemed to brush off an alleged near-death experience he had last week.

“When I almost died the other day, it was super f—— scary and my buddy witnessed it and he called my mom saying what happened and she acted like the f—— Phillies lost,” Margera claimed. “It was unreal, I have it on record. I was like ‘F— you forever mom, I just heard that s— and you acted with no emotion like it happens every other Monday.’ ”

Margera did not explain the incident, and his rep did not immediately respond to PEOPLE’s request for comment.

In another plea, he told Dr. Phil that he’s seen 28 doctors and attended four rehab programs, none of which have seemed to help him.

He most recently checked into rehab in January, days after getting arrested and charged with allegedly driving under the influence.

“The only person that I will believe on the planet is Dr. Phil,” he added.

Early Monday morning, he gave his followers an update, sharing a post in which he claimed Dr. Phil has reached out and agreed to help him.

“Dr.phil told his team “find him now!!” He rules already🤘🤗♥️,” he captioned a photo of himself in which he shows writing on his hand that reads, “dr. phil saw it! he wants to help!!!”

Dr. Phil did not immediately respond to PEOPLE’s request for comment. 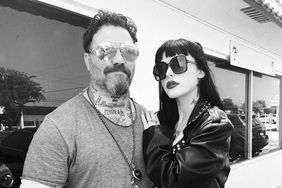 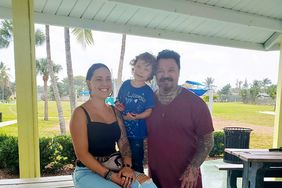 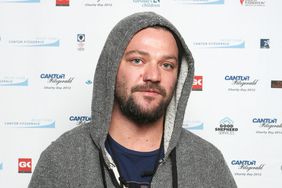