"There's a couple [of men] you're going to want to keep your eyes on," Tayshia Adams' co-host Kaitlyn Bristowe says of Katie Thurston's suitors

Bachelorette Katie Thurston made her first round of cuts last week, narrowing her batch of 30 suitors down to 23.

Although Greg Grippo received the coveted first impression rose, Bachelorette season 17 co-host Kaitlyn Bristowe tells PEOPLE, while promoting the current season of the ABC reality series, that viewers shouldn't count any of the men out just yet.

"They all are either dramatic or sweet or humble or funny. They all bring something to the table," the Off the Vine podcast host, 35, says. "There's a couple you're going to want to keep your eyes on, but I'll let you have your own opinions. You're going to see personalities shine very soon."

As for how things play out with former baseball player Mike Planeta, who opened up in his intro video about being a virgin at 31, Bristowe's co-host Tayshia Adams will only tell PEOPLE, "He's an absolute sweetheart."

Monday night's episode will see Thurston, 30, head out on her first round of dates — and she and the remaining men waste no time diving right in. "We're going to get down and dirty in multiple ways this evening," Adams, also 30, says.

Bristowe — who received flack during her season in 2015 for having sex with a contestant outside of the Fantasy Suite dates — likes seeing sex-positive Thurston, 29, discussing the subject so openly on the show.

"I didn't think it should be a taboo topic," Bristowe says. "I got a really hard time for it online, but my hope in having a voice is for change to happen. So to see the show celebrating it, and even to see the viewer celebrating it more, it feels very empowering. And I'm glad I had a little something to do with it."

At the end of season 17's premiere last week, the teaser showed Blake Moynes — from Adams and Clare Crawley's seasons — show up for Thurston, proclaiming "Katie is the one."

Seeing Moynes, "I was like, 'First of all, what are you doing here? But also, I know your heart, you're a kind person, and if this is where you feel like you should be, then I'm going to support you in that,'" Adams says. "But I didn't know how she's going to feel. So it's going to be really interesting to watch that play out."

Though she's happily engaged to her pick Zac Clark, Adams says she'll leave wedding planning to Bristowe — who got engaged to Bachelor Nation's Jason Tartick last month — for now. "I'm definitely getting my take on wedding planning from her," Adams says. "I was like, 'I'll help you in any way!' Right now, I'm just having fun in my relationship."

Bristowe and Tartick, 32, meanwhile, "are going headfirst into the wedding planning and wanting to have our wedding in the next year or so," she reveals. "We're definitely getting there in the planning."

But before anyone walks down the aisle, Bristowe says she and Adams are enjoying being part of the Bachelor franchise's overhaul in the wake of longtime host Chris Harrison's exit.

"We were surprised by the news," Adams adds. "We found out just like everybody else did, but also at the same time, and I think us being there in order to help Katie just really brought a really fun, fresh take. I think women supporting and empowering the Bachelorette lead was something that we didn't know we needed."

Bristowe reiterates, "It's exciting to be part of that change."

PEOPLE previously confirmed that Bachelor in Paradise will have a slew of rotating celebrity hosts, including Lance Bass, Tituss Burgess, Lil Jon and David Spade, who will be stepping in to fill Harrison's prior role when season 7 shoots this summer.

"I think that these fresh faces are going to bring a lot of excitement and a lot of fun to Paradise," Adams says. "Paradise is a little bit more loosey-goosey." And Bristowe doesn't think the franchise newcomers need any tips from her because "I feel like they just have to go in with no advice and see for themselves what it is."

"Paradise is a crazy world," Adams, who appeared on BiP season 6, concludes. "I will say that much." 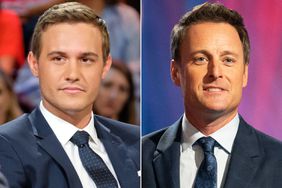 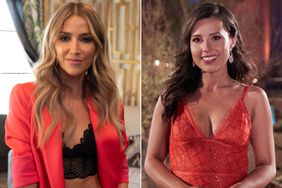 Kaitlyn Bristowe on Co-Hosting Katie Thurston's 'Bachelorette' Season: 'It Was Nice to Be a Mentor' 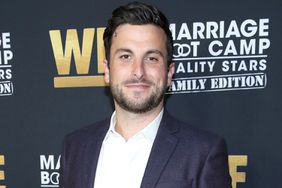