Point/Counterpoint: Who Should Be the Next Bachelorette?

After we weigh in as to who should start her journey to love, make your pick!

With another season of The Bachelorette comes another shot at love – and at least a few guaranteed heartbreaks.

The new season of ABC’s reality series presents a shocking (and, according to some, sexist) twist: The first broken heart will belong to a potential Bachelorette herself.

With just a few hours left before Kaitlyn Bristowe and Britt Nilsson have their "awkward" face-off, it’s officially time for residents of Bachelor Nation to declare their allegiance.

Below, after two conflicting PEOPLE staffers make a case for each of the would-be Bachelorettes, pick which lady you’d like to see embark on a journey to love.

Let’s get the criticism out of the way: Detractors have accused Britt, 28, of insincerity. However, I maintain that nothing Britt did was anything you wouldn’t have done. Her fatal flaw is actually her openness and her tendency to wear her heart on her sleeve (compared to the more guarded Kaitlyn). And, sure, Britt angered the girls on Chris Soules‘ season by showing affection and leaving a group date with the Bachelor. Still, Britt is not actually a siren straight out of Homer’s Odyssey – Chris made his own choice. Also, if you were in some bizarre, semi-polygamous group-dating scenario, wouldn’t you try to get the object of your affection to focus all of their attention on you? All the things that worked against Britt on The Bachelor would actually make her a great Bachelorette.

Add to that, Britt is endlessly charming. She has a way of eating up your attention and turning that focus back onto you. She may not have crass jokes at the ready like Kaitlyn, but she is honest. I genuinely believe that she’s looking for love, kids and a picket fence, however backwards her chosen venue for that search. It’s not that Kaitlyn isn’t also a lovely girl, but the hating public needs to cut Britt a break. She’s beautiful, charismatic and about as sincere as you can get for a person who entered a reality-TV dating competition to find love not once but twice. Also, her makeup game is on point. #TeamBritt –Amanda Michelle Steiner

While Britt certainly brings the glamour, Kaitlyn, 29, has a girl-next-door feel with a touch of sass. She’s an accomplished dancer, which means she’ll have much better prospects for an inevitable season 21 run on Dancing with the Stars this fall. With all due respect to Britt’s “I woke up like this” fuchsia lips, Kaitlyn is all about natural beauty, championing Photoshop-free media in her series of RAW Beauty Talks. So, if you’re looking for a Bachelorette with a sweet-yet-sharp tongue, aesthetic honesty and an endearing nervous tic of telling goofily off-color jokes, Kaitlyn’s your girl. Also, Pitch Perfect 2 star Anna Kendrick is a fan. I rest my case. #TeamKaitlyn –Lanford Beard

The two-part Bachelorette premiere airs Monday at 9 p.m. ET and Tuesday at 8 p.m. ET on ABC. 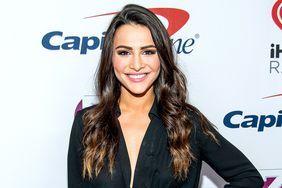 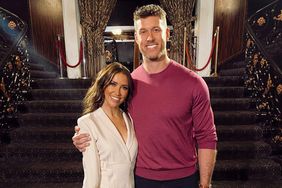 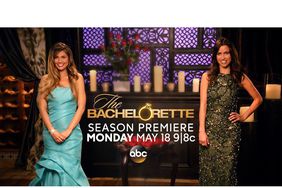 'The Bachelorette' : Get Your First Look at Katilyn Bristowe and Britt Nilsson 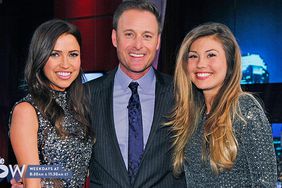 New Bachelorettes Kaitlyn and Britt: How They 'Really' Feel About Sharing the Spotlight! 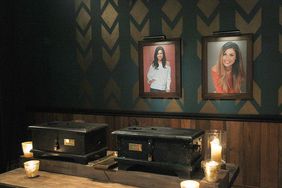