Step aside, Owen Wilson and Vince Vaughn – there are two new wedding crashers in town.

Since arriving in Vancouver, Canada, on Tuesday, Kaitlyn Bristowe and Shawn Booth have certainly kept busy. From bike rides and sunset picnic to crashing a local wedding, these two lovebirds can’t seem to keep their hands off of each other.

The former Bachelorette leading lady and her fiancé and final pick said on Good Morning America last week that for the next month, they plan on spending time with friends and families in their respective hometowns, Vancouver and Nashville, before deciding where they want to settle down.

So far, Bristowe, 30, seems to be doing a great job giving Booth the tour of her old stomping grounds – and they’ve documented much of their time together with pictures and videos on their Snapchat accounts.

In one video, Bristowe films Booth at a restaurant on the water, with the Vancouver geotag.

Later, she shot the two of them bike riding to the beach with a grill and picnic supplies in tow and shared a sweet snap of them enjoying the sunset.

Booth, 29, hasn’t been shy on social media, either. The personal trainer shared several videos from the sunset picnic, including one of Bristowe laughing as she pours wine into plastics cups.

Later that evening, the newly engaged couple crashed a wedding, and Bristowe – a former dance instructor – put her moves to the test as she danced up a storm.

In one video Booth uploaded, Bristowe dances barefoot. He jokily captioned it, “Who invited this girl ”

On Wednesday, Booth took to Instagram to post a video montage of photos of him and Bristowe, thanking fans for their support.

“Well, that escalated quickly,” he captioned the video. “Thank you for the overwhelming support & kind words. It is very much appreciated. You guys are the best.”

The couple told PEOPLE exclusively in July that they want to enjoy hanging out “as a normal couple” but “can’t wait” to start making plans for the future.

“I always pictured myself having a destination wedding because I’m so low maintenance,” Bristowe said, adding that she “has such baby fever. I want four [kids]. Shawn wants five. And I hope to God I have all boys.”

“One girl,” Booth chimed in. “One girl that looks like her mom!” 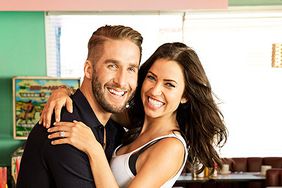 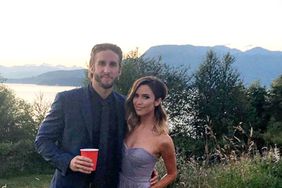 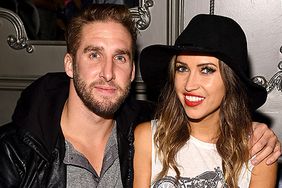