"I thought maybe we could go for a drink and just hang out," Hannah Brown asked Tyler Cameron during The Bachelorette finale

A spark lives on between Hannah Brown and her runner-up Tyler Cameron.

On Tuesday’s live After the Final Rose special of The Bachelorette, Brown and Cameron came face-to-face for the first time since their breakup on the ABC reality series, when she sent him home and said “yes” to Jed Wyatt’s proposal.

But during the duo’s on-stage reunion, Bachelor Nation learned that they still have feelings for one another. Audiences watched in awe as Brown boldly asked Cameron on a date after she confirmed that her engagement to Wyatt is over.

“I know that with Tyler, he’s been so supportive and so respectful of me, not just on our journey together but even afterwards,” she said. “Our relationship was real to me and special. Everything I said I meant and I felt. It didn’t just go away. I still have feelings.”

But what do those feelings mean? As the live audience began cheering, host Chris Harrison asked for clarification.

“I’m really confident in who I am now and being on my own and growing and really taking everything that I’ve learned and what I want into the next relationship,” the 24-year-old Alabama native said.

“I want somebody to be bold and I’m bold and I make bold moves. You’re an incredible guy and I’m a single girl,” she told Cameron. “I thought maybe we could go for a drink and just hang out.”

Without hesitation, Cameron said, “I would love to,” and added, “Just tell me when. I’m there.”

The 26-year-old contractor from Jupiter, Florida, was eliminated during Tuesday’s season finale as Brown chose Wyatt.

Wyatt proposed and the two left as fiancés, but after PEOPLE exposed details of his past relationship in June, Brown ultimately decided to called off the engagement. According to Wyatt’s ex-girlfriend, singer-songwriter Haley Stevens, they were four months into a relationship when he flew to Los Angeles to compete on Brown’s season.

“It was heartbreaking,” Brown told PEOPLE through tears in this week’s issue. “The foundation of what I believe love is is based on honesty and truth. If he loved me, wanted the best for me, why did he not give that to me? He always said he never wanted to hurt me, but he hurt me worse than anybody else did.”

Cameron, meanwhile, remained a fan-favorite throughout the season and was outspoken in his defense of Brown as she fell victim to slut-shaming on social media. After she was accused of “dry-humping” all of her contestants, Cameron tweeted last month, “let our Queen live and let’s embrace her on this journey.”

“Very few have a clue what it’s like to be in the leads shoes,” he wrote. “Our Queen is imperfectly perfect like us all.”

And when Brown sparred with Luke Parker, this season’s most controversial contestant, on Twitter after his elimination, Cameron had her back. “Let him know! You are so damn powerful Hannah,” he tweeted. “You move mountains!”

During Tuesday’s After The Final Rose, Cameron said his split from Brown was “tough.” 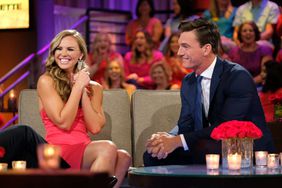 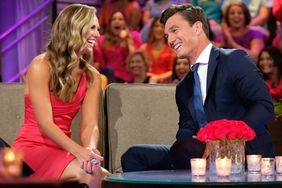 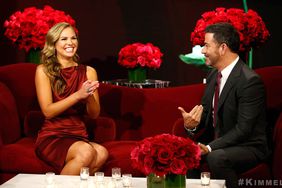 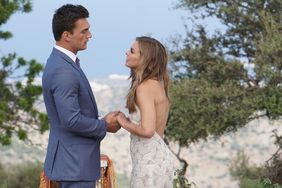 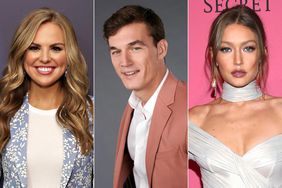 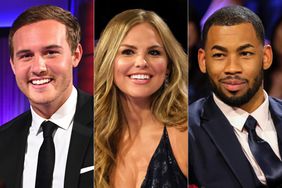 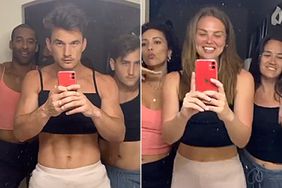 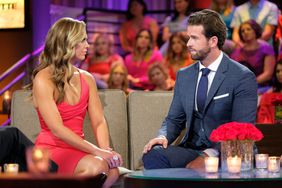