He also shared that while he hasn't been in an exclusive relationship since leaving the show, he's been going on dates

Time heals all wounds, even those broadcast to a national audience.

Blake Horstmann, one of the final two contestants of Becca Kufrin‘s season of The Bachelorette, told Entertainment Tonight that he’s over the heartache of his experience on the show.

“We haven’t spoken. That was the only first time and last time we spoke,” Horstmann, 28, said of the After the Final Rose special, adding that he’s “definitely over it, already moved on, closed that door. It was funny, After the Final Rose, it wasn’t really seeing her that helped me, but actually seeing them together.”

He also shared that while he hasn’t been in an exclusive relationship since leaving the show, he’s been going on dates — and that he thought he was going to be the next Bachelor until he got a call the day before the official announcement telling him it would actually be Colton Underwood.

Horstmann says he was disappointed and it was “a weird feeling,” but he added that “I really do believe in this process. I’ll defend it to my last breath. I do think you can find your person through that… There’s some good things to come.”

On the finale of the most recent season of The Bachelorette, which aired in early August, Kufrin chose Garrett Yrigoyen over Horstmann, who shared in an exclusive interview with PEOPLE shortly after that he felt “blindsided” by her decision.

“I truly thought that if it came down to me proposing, that she wouldn’t say no,” Horstman recalled. “I thought what we had was real.”

RELATED: Colton Underwoods Meets 3 of His Bachelor Contestants, Talks Being a Virgin in the Fantasy Suite

After leaving the show, Horstmann admitted it was “incredibly hard” to get over the heartbreak. “It made for some really hard days, but I had a great support system,” he said. “My family was amazing. We talked through a lot of things and they were there for me.” 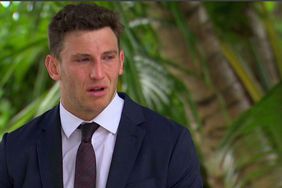 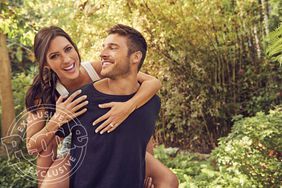