The couple, who found love in Paradise, tied the knot on June 16, 2019, in Mexico at the Vidanta Hotel in Puerto Vallarta. Fans got a chance to witness the gorgeous ceremony when their wedding special aired two months later on ABC.

"We are so excited to start this new chapter of our lives together," Nielson told PEOPLE. "We will have each other's backs forever."

The couple exchanged vows in Hawaii on Jan. 12, 2019, 10 months after getting engaged on The Bachelor's After the Final Rose special following the controversial finale, when Luyendyk Jr. proposed to final pick Becca Kufrin.

"It was an incredible wedding week," Harrison wrote on Instagram alongside a series of photos from the wedding. "My blessings and prayers to Mr & Mrs Luyendyk and baby Luyendyk on the way. For now it's Aloha!"

Four months after the awe-inspiring ceremony, the married couple welcomed their first child - a baby girl named Alessi Ren - on May 29, 2019.

These Paradise stars made it official on June 17, 2019, at the Vidanta Nuevo Vallarta resort near Puerto Vallarta, Mexico.

"We had a dream wedding on Saturday. It was truly the perfect day with friends and family in Mexico," the newlyweds said in an exclusive joint statement to PEOPLE.

The Paradise alumni tied the knot at California's scenic St. Regis Monarch Beach on Jan. 24, 2016, in front of 150 family members and friends.

"It blew my mind," Roper told PEOPLE exclusively of her big day, which was televised on Valentine's Day as part of ABC's special honoring 20 seasons of The Bachelor. "I loved the mood. It was exactly the way I had envisioned it."

The former couple, who got married on June 4, 2015, and had their beach nuptials aired during the season 2 premiere of Bachelor in Paradise, sadly split after less than one year of marriage.

"Looking back now, it just seems like [Lacy] became a different person," Grodd told PEOPLE. "Her priorities changed, what she wanted in life changed. She was just a very different person from when I first met and got engaged to."

The oceanside wedding took place at Playa Escondida in Sayulita, Mexico, as close family and the cast of BIP season 2 looked on.

The two had their dream wedding on Dec. 1, 2012, at the Landham Huntington Hotel in Pasadena, California.

Hebert walked down the aisle in a $75,000 Randi Rahm custom-designed gown to a performance of Elvis Presley's "Fools Rush In." Harrison officiated a nondenominational service, which featured Jewish traditions in honor of Rosenbaum's faith.

"She looked like an angel standing there," Rosenbaum told PEOPLE. "I was blown away."

A torrential downpour didn't stop this couple from getting married in front of 300 guests on Feb. 27, 2010, at the Terranea Resort in Rancho Palos Verdes, California.

"Jason was so sweet and wiped tears off Molly's face," said an onlooker. As the ceremony ended, "they kissed passionately. They looked so happy to finally be married."

"They asked me in Prague this season [of The Bachelorette] when we were there if I would do it for them. … I love them to death and I've seen then grow as a couple and I love them as a couple and as individuals," Harrison told PEOPLE ahead of the couple's August 2012 wedding.

The two, who met on Matt Grant's 2008 season, wed at Bachelor creator Mike Fleiss' Malibu home. Neil Lane, who has done the rings for The Bachelor and The Bachelorette proposals, designed their engagement and wedding rings. 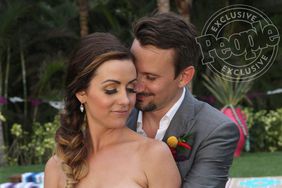 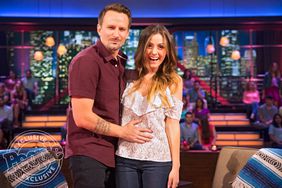 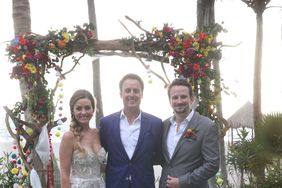