The allegations came smack in the middle of Victoria F.'s hometown date on Monday's episode

Up first was a trip to Knoxville, Tennessee, where Hannah Ann is from. Before their date had even begun, she made a point to warn Peter about her dad, Rick — an old-school, protective father who works in the lumber industry. It was important that she prove to her dad “that this California guy is tough,” but getting Rick’s approval was clearly easier said than done.

After spending the day together, Hannah Ann and Peter headed to her house to meet her family, and it was obvious from the get-go that Rick was extremely skeptical about the entire process. “The biggest question on my mind is how Peter feels about Hannah,” he said. “I mean, can you honestly sit here and tell me tonight that it’s not just a flash in the pan? Because right now, that’s the way I look at it.”

“What I can tell you is there is something real here,” Peter replied. “I’m actually hoping to tell her this tonight, that I am falling in love with her and I don’t want her to have any doubt about that.”

Rick, taken aback by the response, urged Peter not to drop the L-word with his daughter unless he wholeheartedly meant it. But Peter must have meant it, because he did choose to express his feelings to her when they were alone at the end of the night.

“I know how I’m feeling about you, and I can honestly say that I am falling in love with you,” he said. “Just being here with you tonight with your family, it feels so right. And it makes me so happy.”

“I am in love with you,” Hannah Ann replied. “I’m devoted and I’m committed and I’m in it.”

Can Venmo Predict Who Wins Peter Weber’s Season of The Bachelor? Some Fans Think So

Up next, Peter reunited with Kelsey in Des Moines, Iowa. They spent the day stomping grapes to create their own blend of wine, and Kelsey even dropped the L-word for the first time. While Peter seemed genuinely happy, he didn’t say it back — only that his heart was “definitely falling.”

That night, he met Kelsey’s mom Beth, stepdad Mike and a few other family members. During a one-on-one chat with Beth, Peter said he and Kelsey “connected on a such a deep and emotional level” early on. Beth took his word for it, but remained protective of her daughter.

“As a mom of three having gone through a divorce, I am concerned,” she said. “Nobody wants to have their child’s heartbroken. So, don’t break my girl’s heart.”

Then it was Madison’s turn. She and Peter spent the day shooting hoops at Auburn University in Auburn, Alabama, where her dad is a basketball coach. That night, he headed to her house for dinner to meet the family, where the topic of intimacy came up during a private discussion between Madison and her mom Tonya.

“I haven’t fully talked to him yet about how I view intimacy, and how I feel that is something that I have saved for marriage,” Madison admitted. “I don’t know how he’s going to respond to that.”

When Peter sat down with Madison’s dad, Chad, he revealed that he had already told Madison he was falling in love with her — but Chad still seemed hesitant.

“Obviously, this is all happening really fast for Dad,” he said. “How can you assure me that that’s genuine? She’s so pure. She’s shared her strong faith, her morals with you. That being said, do you feel like you guys are compatible?”

Peter felt they were, but there was little else he could do to reassure his potential father-in-law. “I just can’t give you an answer right now [about who I’m going to pick], and I’m sorry about that,” he said.

Alone with Madison at the end of the night, Peter once again expressed that he was falling “head over heels” in love, but she was still reeling from an emotional day.

“I think I was hoping to be there,” she said. “I was hoping to tell Peter that I’m in love with him, but I’m still trying to figure out if our spirits and our souls are compatible and I think a lot is weighing on that.”

The Bachelor‘s Victoria Fuller Apologizes for ‘White Lives Matter’ Scandal: — ‘Hope I Can Be Shown Grace’

Last but not least, Peter flew to Virginia Beach, Virginia, for his hometown date with Victoria F. They spent the day exploring the beach and boardwalk before she surprised him with a Hunter Hayes concert, where a group of fans formed to watch the performance unfold. And surprise, surprise — amongst the group of spectators was an ex of Peter’s. On the show, her face was blurred and she was referred to only by her first name, though she has since been identified as Merissa Pence.

She stopped Peter after he parted ways with Victoria F. following the concert and the two exchanged brief pleasantries. But the real reason she was there was to warn Peter about Victoria F.

“Just be careful,” she said. “I’m from here, and I just know what a good guy you are, and I would hate for who you are to be affected by somebody else. So that’s really all I’ll say. I know that you’re a great guy and I don’t think that you deserve what you’re on a date with right now.”

“I actually used to be friends with her and things happened, probably a few months ago,” she continued. “We’re just not friends anymore. I’ve tried to mend the relationship, just because we have mutual friends … but I just feel like I want to say this to you, because I know who you are and it’s a good person and I don’t think that you deserve that. There has been many relationships broken up because of her, and I don’t think it’s a good relationship for you to be in.”

Needless to say, Peter — who said he dated Merissa “years ago” — was devastated and confused by the “complete bomb” she had just dropped on him. He had no choice but to bring it up with Victoria F. that night, just as they were preparing to head inside and meet her parents.

“You know how on our first date at that concert, you had an ex there? Today I had an ex there, too. Her name is Merissa,” he began. “We just kind of chatted for a little bit, and then she just brought some stuff to my attention that she thought I should know. She told me that you’ve caused a lot of other relationships to end — I don’t know what she could be referring to, but those are her words.”

Immediately, Victoria F.’s confusion turned to anger. She insisted she hadn’t broken up any relationships and said she was “disgusted” by Peter, accusing him of taking Merissa’s side.

“You’re supposed to meet my family,” she fumed. “And you decided what Merissa told you was more important than meeting my entire family.”

“Do you think I enjoy this right now?” Peter exclaimed. “Do you think there is any way I couldn’t address this?”

After a heated back and forth, Victoria F. stormed off in tears, waving the cameras away. Peter seemed exasperated, but he gave her a moment to cool down before approaching her again.

“I really didn’t come in here trying to attack you,” he said. “And if somehow it came across that I was taking her side and not yours, I’m sorry for that.”

“I adore you,” she told him, choking back sobs. “I literally wanted to tell you tonight that I was falling in love with you. And how am I supposed to do that? … I had such high hopes for you to meet my family and I’m just so disappointed.”

“You deserve to be loved, okay?” Peter said, hugging her. “Don’t push that away.”

With that, they said goodbye — until the next morning, when she showed up at his hotel room to apologize for how things went down.

“I hate this, but I feel like you don’t even want me to love you the way I want to love you,” Peter said. “I get so confused when it just blows up with us and I feel like we have no communication skill and we don’t understand each other in that regard. It’s so good for so long and there are so many moments where I can totally see it … and then it just implodes. It’s the most terrifying thing for me to continue to want to invest, and then the possibility of you just walking away.”

Victoria F. insisted she was “trying so hard,” but acknowledged it probably wasn’t “good enough.”

“For some reason, I just can’t walk away from you,” she said. “You can make this decision. If you don’t want to continue with me, then I understand. But I can’t let you leave without letting you know that I’m falling in love with you.”

After an eventful week, everyone flew back to Los Angeles for the rose ceremony, with Peter himself still unsure of his decision. Despite not having met Victoria F.’s family, he said he could still see potential with her, whereas she seemed convinced she was going home.

“I’m so drained emotionally and I don’t even know how to feel,” she said. “I’m just hopeful, and I’m nervous.”

As it turns out, she was right to be hopeful. Peter gave the first rose to Hannah Ann and the second to Madison, saving the final rose for Victoria F. — and eliminating Kelsey in the process.

“I’m so sorry, and I know you probably didn’t see that coming at all,” he said as he walked her out. “Believe me, when you told me that you loved me, that meant the world to me. But I just — I wasn’t there.”

Stay tuned for the Fantasy Suites next week, and share your thoughts on tonight’s episode in PEOPLE’s exclusive Facebook group for fans of the franchise. 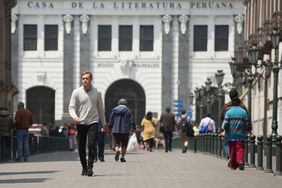 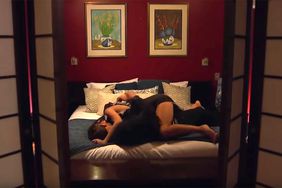