Ashley Iaconetti and Jared Haibon are back in Paradise — and this time, only happy tears are being shed.

In PEOPLE’s exclusive sneak peek at Monday’s episode of Bachelor in Paradise, Iaconetti and Haibon return to Paradise nearly three years after the couple first met there.

And while Iaconetti, 30, believes they are there to give the current cast advice and hand out a date card, Haibon has another plan.

“So guys, this is not the reason Ashley and Jared are here,” says host Chris Harrison as Iaconetti and Haibon, 29, head down to the beach. “They were here for a completely different reason.”

On the beach, Haibon begins to profess his love for Iaconetti.

“Three years ago we met right at this spot,” he says. “I don’t ever want another day to go by that I don’t kiss you and tell you how beautiful you are and how much you mean to me. You’d make me the happiest man alive if I had the opportunity to spend the rest of my life with you.”

Haibon got down on one knee on the beach as the bride-to-be, wearing a bright yellow dress, put her hands on her chest and threw her head back in excitement.

Haibon previously told PEOPLE he had been planning to propose for weeks before they headed to the set of Bachelor in Paradise in June. “I knew since we started dating that this wasn’t just a boyfriend-girlfriend relationship,” he said. “I knew from day one, I’m going to propose.”

Haibon — who asked her parents for their blessing ahead of time — had previously told Iaconetti he wanted to “go back to Paradise and make it right.”

“I was definitely nervous,” said Haibon about the romantic proposal.

Added Iaconetti: “He did a great job hiding whatever nerves he had! He was not showing any red flags as to what he was going to do that day. There is not a thing I would change. There were plenty of tears, so many tears.” 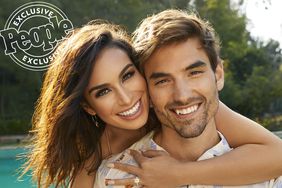 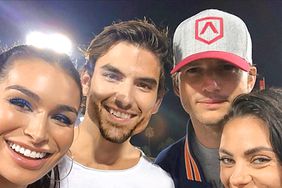 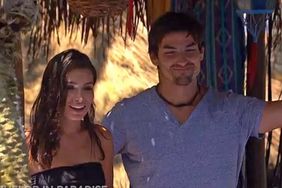