Things are sure to heat up when 16 former Bachelor and Bachelorette contestants head to Mexico to find love on the new season of Bachelor in Paradise!

Last season had no shortage of drama, but things are set to be even more explosive with more singles in the mix this time around. Here’s the new set of hopefuls looking for their reality-television happy endings:

Ashley Salter
Chris Harrison begged the quirky 25-year-old to join the cast during the Women Tell All episode of Chris Soules‘ season, and his wish has been granted. If it doesn’t work out with any of the guys, Salter can always entertain herself with pomegranates/onions.

Jade Roper
Soules was left with doubts about the cosmetics developer, 28, after she revealed her Playboy model past – and made him look at her nude photos on a date!

Clare Crawley
She’s back! The Bachelor in Paradise alum, 34, will be returning to the show, but no word on what happened to that raccoon.

Jillian Anderson
Will Anderson’s black censor bar be back? The 25-year-old was sent home by Soules after making one too many raunchy comments during their date.

Ashley Iaconetti
The 27-year-old freelance journalist shed many, many tears on Soules’ season, before, during and after going on a very dramatic two-on-one date in the Badlands.

Juelia Kinney
The single mom, 30, shared her heartbreaking story of her husband’s suicide while vying for Soules’ heart.

Desiree Hartsock sent the business owner, 32, home during week three after he embarrassingly split his pants open on a rodeo-themed date.

Kirk DeWindt
After scaring Ali Fedotowsky with his father’s taxidermy-filled basement on a hometown date, the personal trainer, 32, headed to Bachelor Pad, but he failed to take home the prize.

PLUS: Four more men from Kaitlyn Bristowe‘s drama-filled season of The Bachelorette will be joining the cast, along with a surprise female contestant.

RELATED VIDEO: How Much Sex Goes Down Behind the Scenes of The Bachelor?! 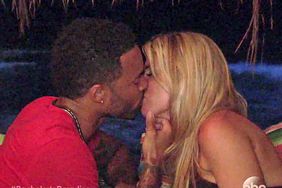 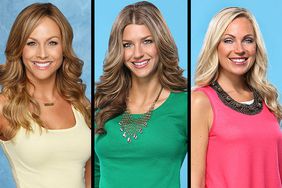 'Bachelor in Paradise' Recap: Carly and Kirk Get an Intimate Fantasy Suite Date

'Bachelor in Paradise' Recap: Mikey Returns to Paradise to Give It Another Shot with Juelia, Joe Gets Dumped by Samantha

'Bachelor in Paradise' Recap: 'Public Enemy No. 1' Joe and Samantha's Sneaky Scheme Is Revealed – Samantha Was in on It

'Bachelor in Paradise' Finale Part 1 Recap: Kirk Calls It Quits with Carly in the Most Shocking On-Air Breakup in 'Bachelor' History 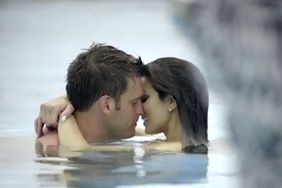 About That 'Bachelor in Paradise' Photo Shoot: Find Out Which Moment Made Everyone on Set Blush 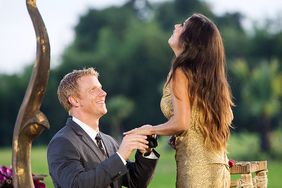