The cast of Bachelor in Paradise's upcoming seventh season is expanding.

ABC announced Tuesday that four men from Bachelorette Katie Thurston's currently airing season have made their way to Paradise. Aaron Clancy, Connor Brennan, Tre Cooper and James Bonsall are joining the summer spinoff for its premiere episode. Additional cast members will be announced throughout the season.

The four season 17 contenders were cut from the competition during Monday's episode of The Bachelorette. In a surprise move, Thurston sent Brennan home before the second half of their one-on-one date.

"It's hard for me because, I don't know, I just feel like with us, I want it to feel like you are someone I could walk away with at the end of this," she told him. "And it's like the most heartbreaking thing, because I remember how I felt when we first meant … You've done nothing wrong in this."

Several contestants from other Bachelor and Bachelorette seasons are also heading to the beach, including Bachelor in Paradise alum Joe Amabile and The Bachelor's Natasha Parker.

On Amabile and Parker's joint podcast with Adams, Click Bait with Bachelor Nation, the season 7 stars teased how "intense" the experience was.

"I wasn't expecting to be [an] original cast [member]," Amabile, who met ex Kendall Long on the show's fifth season, recently said. "I forgot all of what Paradise is about, and it is a wild ride in this season. [It] is insane, it really is."

Season 7 of Bachelor in Paradise was delayed due to the COVID-19 pandemic, but ABC announced in April that the series was returning in August. A major change to the show will be the absence of longtime host Chris Harrison. Harrison, 49, sparked controversy earlier this year following comments he made in defense of then-Bachelor contestant Rachael Kirkconnell, who had come under fire for past racist behavior. Harrison stepped down from his role temporarily in February before his exit was made permanent in June.

ABC has tapped a rotation of stars — including Lance Bass, Tituss Burgess, Lil Jon and David Spade — to guest-host the upcoming season of Paradise. Wells Adams, who previously competed on Bachelor in Paradise before becoming the show's bartender, will also serve as the master of ceremonies for the rose eliminations. He will also step in to guest-host an episode. 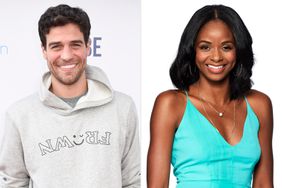 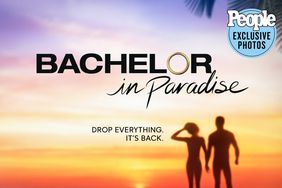