'Bachelor in Paradise' 's Connor and Whitney Have Broken Up: 'We Rushed into a Relationship'

A match made in Paradise has come to an end

Bachelor in Paradise alums Connor Saeli and Whitney Fransway have called it quits after two months of dating.

“We rushed into a relationship,” Saeli tells PEOPLE. “And we realized that we just weren’t connecting anymore.”

The 24-year-old investment analyst first hit it off with Fransway, 28, at the June wedding of BiP stars Chris Randone and Krystal Nielson in Mexico.

“There was something mutual that we both felt,” says Saeli. “There was a spark between us and we both wanted to explore it.”

Back on the beach, Saeli began dating fellow contestant Caelynn Miller-Keyes, but after she left him for Dean Unglert, Saeli was alone — and hoping Fransway would show up in Paradise.

In a twist of fate, Saeli made the decision to leave just before Fransway arrived. When she learned that he was gone, Fransway left the beach to pursue Saeli.

Bachelor in Paradise: Are Connor Saeli and Whitney Fransway Still Together?

“I was so excited to see her show up at my room,” says Saeli. “After that we got to spend a couple of days together in Mexico to get to know each other, and it was really cool.

“After Mexico, I ended up flying to LA (Fransway’s hometown) with her,” says the Texas native. “I got to meet a bunch of her friends and it was cool to see her life there.”

But by the end of August, “we realized the relationship was moving really quickly,” explains Saeli. “We almost skipped over those beginning of relationship steps, like really getting to know each other. We were basically thrown into a long distance relationship, and the fact that we had to be private about it (as the show was airing) made it even harder.”

By the time the couple attended former Bachelorette Rachel Lindsay‘s wedding to Bryan Abasolo on Aug. 23, “we started having some serious talks in terms of seeing a future,” says Saeli.

And ultimately, when they were together in Los Angeles last week, “we both agreed breaking up was the right thing to do,” Saeli explains.

The Bachelorette‘s Connor S. on Luke P.’s ‘Unfortunate’ Behavior: He ‘Has Some Character Flaws’

“It was 100 percent mutual. We’re just not right for each other,” Saeli says.

Still, “there’s no hard feelings,” he explains. “I think we’ll be great friends. She’s definitely a person I want in my life.

Saeli also isn’t ruling out the notion of one day reconnecting romantically.

“That’s something we’ll see in time. You never know what could happen down the road,” Saeli adds. 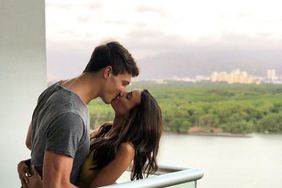 'Bachelor in Paradise' : Are Connor Saeli and Whitney Fransway Still Together? 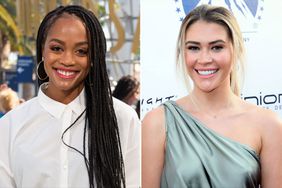 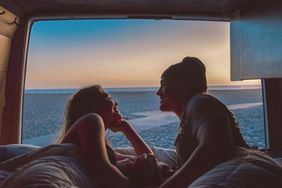 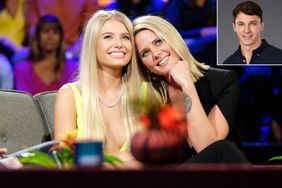