On Monday’s episode of The Bachelor, Arie Luyendyk Jr. tells not one, but two women that he’s falling for them — which proves he’s learned absolutely nothing from Ben Higgins.

With seven women left and three to send packing before hometowns, Arie decides to switch the format up: Instead of a couple of dates followed by a rose ceremony, this week is all dates — three one-on-ones and one group date — with roses up for grabs on each outing.

The first one-on-one in Tuscany goes to Becca K. Becca was the very first contestant to score a one-on-one this season, which means we haven’t seen too much of her since then — but still, she remains one of the most likable, and her connection with Arie seems the most natural.

Arie and Becca spend the day exploring the town of Barga. They feast on bread and cheese and make out under the Tuscan sun, and it’s really quite magical. Later that night, they discuss what her hometown date would look like, and she confesses that she’s falling for Arie and can really see a future with him. Arie, surprisingly, says it right back — earning Becca the very first confirmed hometown date.

While sparks were flying between Becca and Arie, one contestant was moving in the opposite direction: Jacqueline, who confesses to having “swirling doubts” about the whole thing, a.k.a. she realized she probably shouldn’t be introducing Arie to her family considering their first date was, like, two days ago.

Jacqueline shows up at Arie’s hotel room after his date with Becca and immediately picks up the glass of wine he’s sipping on and downs it. Relatable. She then proceeds to deliver the best stream-of-consciousness breakup speech of all time.

Jacqueline, looking horrified: “I’m worried that I’m going to end up in Scottsdale, with you, married, wondering, ‘How did I get here?!’ ”

Jacqueline, that is the premise of the show.

But Arie only seems mildly bummed about getting dumped, probably because he was planning on sending Jacqueline home anyway. No one is more upset about Jacqueline’s exit than Kendall, who sobs hysterically at length. Cheer up, Kendall. Your odds just went up!

ONE-ON-ONE WITH LAUREN B.

The second one-on-one goes to Lauren B., which is pretty surprising considering she just got a one-on-one last week. But it’s quickly becoming obvious that Arie is completely obsessed with Lauren, though viewers aren’t quite seeing the stuff of romance.

Lauren on the Italian scenery: “It’s very … Italian.” Nothing gets past her.

Arie says he feels conflicted about Lauren because she’s “very hard to read,” but honestly, she’s not. When he asks her if she’s ready to bring him home, the first words out of her mouth are “I don’t know,” which says a lot. But when they sit down for dinner, Lauren does an emotional 180°, professing her love for Arie.

“After our first one-on-one, I felt very strongly about you and I knew there was something different about you,” she says. “The way I feel now, every time I’m with you — it’s very obvious to me that I feel like I am starting fall in love with you.”

This was what Arie had been dying to hear from Lauren all day, so you’d think he’d be over the moon. But for some reason, he gets up and walks away without so much as a word. Lauren cries at the table, alone, until he returns.

Lauren: “I feel like I’m good at reading people, and I feel like right before you walked away, you felt something was off.” Seriously, nothing gets past this one!

Arie reveals that he gets “nervous as hell” when he pictures himself meeting her family because he wants it to work between them “so badly.”

“It’s been amazing getting to know you the last couple of days, and I love the fact that you’re so open with me,” he says. “I feel vulnerable with you, and to hear you say that you’re falling for me makes me really, really happy. I really do see something between us. I’m falling so deeply in love with you — it’s crazy.”

He gives her the rose, obviously — which means another hometown date is on the horizon.

The third and final one-on-one goes to Seinne. Things are off to a rough start when Seinne admits that she “forgets” about how good her connection with Arie is whenever she’s not around him.

They spend the morning truffle-hunting before enjoying an authentic, Italian lunch at their guide’s family home. Even though Seinne doesn’t get the rose (sorry, spoiler alert), she does get a full plate of freshly grated truffle, so she’s still going home a winner.

That night, it dawns on Arie that he’s going to have to send Seinne home. Hoping she might be on the same page, he asks whether she thinks they’ve had enough time to take their relationship to the next level. She does, he doesn’t, and the conversation gets really awkward, really fast, until Arie finally bites the bullet.

“There wasn’t anything that stood out,” he tells her, delivering the brutal blow of rejection. “I just haven’t felt things that I feel like I should be feeling at this moment. I feel like we should be further along than this, and I just want to tell you that I can’t give you the rose. It’s not anything that you did — I’m just following my heart.”

By the time the group date rolls around, Arie has two roses left to hand out — and three women to choose from: Kendall, Bekah M. and Tia.

The four of them spend the day awkwardly trying to ignore the fact that one of them is inevitably going home — except for Bekah, who is weirdly fixated on the numbers and won’t shut up about it. Tia, meanwhile, grows increasingly more frustrated with Bekah, whom she accuses of having a “lack of seriousness” about the whole process. Also, she’s 22 years old — 14 years younger than Arie.

The Bachelor‘s Bekah M. Was on a Missing Persons List — Until a Fan Recognized Her from the Show

Tia decides to bring up her concerns to Arie, telling him that she doesn’t think Bekah is ready for a serious relationship or marriage. But because Tia isn’t a shady person, she actually tells Bekah that she mentioned all of this to Arie.

“I don’t expect anything I say to change his mind or his decision, because I think he feels strongly for you,” she says. “But at the end of the day, he is looking for his wife, and I just want you to be sure in how you’re feeling.”

Bekah bursts into tears and runs off to find Arie, who does his best to make out with comfort her. She insists that she’s ready and wants to go to hometowns — but Arie decides to hand out the first rose to Kendall, turning the date into a two-on-one, Bekah v. Tia.

That night, the three of them sit down for dinner, and it’s every bit as uncomfortable as you might imagine. Arie spends time with Bekah and Tia separately, and each woman makes her final case for her survival. Arie then returns to the table and offers his rose to Tia, crushing poor baby Bekah’s dreams.

Happy for Tia, though. She deserves it. And she was about to start a riot if she lost to the 22-year-old. 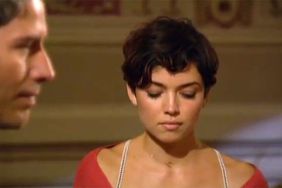 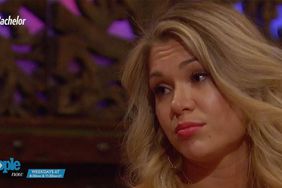 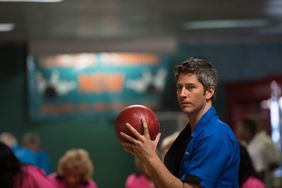 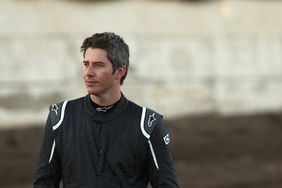 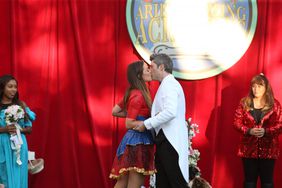 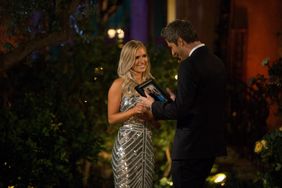 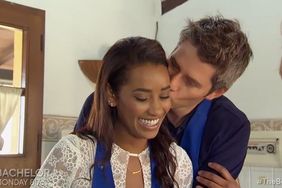