Murphy competed on Sean Lowe's season 17 of The Bachelor

The Bachelor alum Lesley Murphy bravely underwent a double mastectomy after she “tested positive for the BRCA 2 gene mutation which greatly increases” her chance of developing breast cancer.

Murphy, who competed on Sean Lowes‘ season 17 of the ABC reality dating series and was a bridesmaid in his and Catherine Giudici’s wedding, announced on Instagram last month that she would be undergoing the intense surgery as a preventative measure.

Ahead of her surgery, Murphy, 29, had one final pink and breast-themed celebration.

“Lots of pink today as we say Ta-Ta to the TATAS!👋🏻 Cake✔️Pin the boobs on the babe✔️Pick your cup size drinks✔️The best support team ever✔️Ready as I’ll ever be for Tuesday’s surgery!💞If you didn’t see my Insta live today, I’ll be doing more either on surgery day or shortly after! #thanksforthemammories” she captioned a photo of herself donning a pink dress and sitting beside a chest-shaped cake.

On the night prior to the operation, the ABC alum shared another photo of herself donning pink and looking out onto the sunset, revealing that “this prophylactic double mastectomy is for the best.”

“The sun has set, and my final night with all body parts is here and now😱In less than 24 hours I will wake up different. What a strange feeling it is to miss your boobs, but I know this prophylactic double mastectomy is for the best. I have lots of life to live and potential cancerous cells aren’t welcome here👋🏻,” she wrote.

Murphy continued: “Thanks to all my family, friends and followers for wearing pink today and loving me the way you do! Thanks especially for drawing attention to genetic testing and raising awareness that saves lives. Y’all are my heroes.”

She went on to explain that she “recently tested positive for the BRCA 2 gene mutation which greatly increases my risk of developing breast cancer” and added that her mother “was diagnosed almost three years ago to the day and came out a badass survivor! It’s because of her diagnosis that I underwent genetic testing and can now do something about it. Knowledge is power. #LesleysBreasties #LesnipsBRCAinthebud #FightLikeAGirl.”

One day after she bravely underwent surgery on Tuesday at the University of Arkansas for Medical Sciences in Little Rock, Arkansas, Murphy shared a photo of herself in the hospital resting and thanked her supporters for their prayers and encouragement.

“Day 1 post op. Oouuuchh. My mom took this photo when I first arrived to my hospital room after surgery. It was hard to breathe. My chest was super tight and still is. There are so many tubes hooked up to me and lots of beeping noises. My boobs are gone. Crazy, right? Gone. It’s hard to wrap my head around. My doctors and nurses come by all the time to check on my vitals and give me pills to ease the pain. I really love the people here,” she wrote.

“Everyone is SO nice at @uamshealth. The staff and level of care is topnotch. There is a chance I could go home tonight, but truth be told, I’m not so sure I want to! The grilled cheese and coconut chocolate cake make me happy. Moving hurts. I tried getting out of bed for the first time about an hour ago. I don’t want to do it again but know I have to. I finally caught a glimpse of my bare chest during a FaceTime call a couple of minutes ago. Whoa. It looks like I was in a bear fight and lost. Badly,” she continued.

“The human body is truly amazing, though, and I will heal soon enough. I am overwhelmed with the outpouring of support from friends, family, followers and complete strangers. So so overwhelmed. You guys know how to make a bruised and weak woman feel on top of the world. Thank you from the bottom of my heart💗Your prayers, well wishes and good vibes are working🙏🏻 #LesNipBRCAintheBud #LesleysBreasties #FightLikeAGirl #BreastCancerAwareness” Murphy penned.

Two days after she underwent the intense surgery, the Bachelor nation alum posted a video of herself walking through the halls of the hospital, revealing that she was taking “Baby steps, but not many. Just enough to show the doctors I can walk in order to go home.”

“It’s funny to look at this video and see a slight smile. This was no walk in the park. Ow. I think I was just glad to be in anything but a horizontal position. It was time to disconnect the IV, the oxygen tube and those lovely compression socks I couldn’t wait to leave behind! That red apron you see around my waist holds the 4 drains that I have to measure every day, so those will be coming with me and eating with me and sleeping with me and showering with me. Unfortunately they are sewn into my sides and when they read a certain amount of fluids coming from my chest, I can finally get them removed which will be a huge milestone. A few minutes after this video was taken, I somehow shuffled myself into a wheelchair. I was so nervous as we made our way to the car. Dad drove slowly and carefully, but you can’t always avoid every single bump in the road. Ouuuchh,” she wrote.

“And just like that, we were home🏡A shower is now in order since I still have iodine and permanent marker all over my chest from surgery markings,” wrote Murphy. “Walking and breathing still doesn’t come easy, so this should be veryyy interesting🙈😝 #LesNipsBRCAintheBud #LesleysBreasties #FightLikeAGirl #BreastCancerAwareness.”

Giudici, 30, also shared her support for Murphy ahead of her surgery by sporting pink and sharing a heartfelt post on Instagram.

“Wearing pink today to support my kickass friend @lesleyannemurphy’s choice to undergo a double mastectomy after finding out she is BRAC2 positive, and to bring awareness to preventative screenings for Breast Cancer. I love you Gyp! 😘 #LesleysBreasties #LesNipsBRCAintheBud #BreastCancerAwareness #FightLikeAGirl,” Giudici wrote.

The Arkansas native formerly worked as a political consultant and is the founder of the website, The Road Les Traveled. 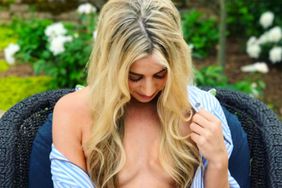 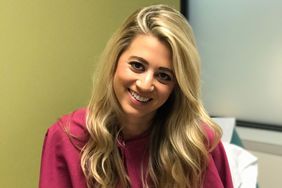 Why 'The Bachelor' 's Lesley Murphy Had 'No Hesitation' About Undergoing a Preventative Double Mastectomy: 'It's a Ticking Time Bomb'