“He was 27 and had the world at his feet,” Badler, 66, wrote on Instagram on Thursday. “But sadly he struggled with mental illness and addiction . A brilliant spark shone bright too short a time .. I will miss you Harry every day of my life.”

Badler — who appeared in the NBC miniseries V, Falcon Crest, The Highwayman, Cleudo, Australian soap opera Neighbours and the Mission: Impossible TV series — did not share her son’s cause of death.

Though Hains started out as a pre-med student in Australia, he moved to Los Angeles — by way of London and New York City — to pursue modeling. From there he ventured in acting, poetry and music. He appeared in The OA, American Horror Story: Hotel and Sneaky Pete, and he performed music under the name ANTIBOY.

“ANTIBOY is this character that I’ve created that is a gender fluid robot from the future, stuck in a virtual reality world that has been malfunctioning,” Hains told U.K. outlet Boys by Girls in March. “… I created ANTIBOY because it represents this future world that I foresee, not only where I think we are going with technology — fusing with AI and life extension — but also as a place where we’ve come to realise the complete deconstruction of labels.”

Hains, born male, said he identified “in the realm of gender fluid,” adding that people should “be whatever we want.”

The artist told Boys by Girls that he came from a “good family,” though he suffered from a sleeping disorder growing up that had him start taking pills at a young age.

“Maybe I have a part of me that is self-destructive, because I think I do have that,” Haims said. “Growing up I had a very serious sleeping disorder called Idiopathic Insomnia. I couldn’t sleep for my entire childhood until I started taking sleeping pills at 12/13. So I was tortured by sleep deprivation and I had a lot of phobias.”

Hains looked forward to establishing a brand as ANTIBOY, continuing his acting career, going into fashion and advocating for the LGBTQ+ community.

“What it comes down to is that I want true equality for people.”

A funeral for Hains will be held in Los Angeles on Sunday. 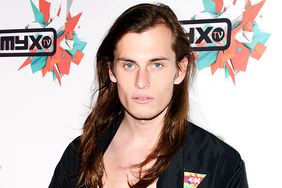 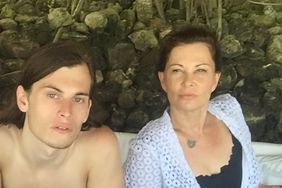 Harry Hains' Mom Honors Him Ahead of Posthumous Album: 'He Was a Role Model for Living Authentically'