G-Eazy stood in as Ashley Benson's date at her sister's wedding this week.

The pair — who first sparked dating rumors last month when they were spotted locking lips — attended Benson's sister Shaylene's nuptials as they were all smiles and dressed in matching all-black ensembles for the ceremony.

Documenting the big day on her Instagram Story on Friday, the bride shared a family photo from a dinner table, with the rapper, 31, seated next to her and Benson, 30, in the next chair over. G-Eazy, born Gerald Gillum, was also seen laughing with Benson's family during the reception.

Benson's wedding date with G-Eazy comes nearly three months after the Pretty Little Liars actress split from Cara Delevingne, whom she was dating for two years.

Benson's relationship with the rapper appears to have quickly progressed. In May, a source said the pair's hangouts felt "like just a fling for now" while she got "over a breakup."

After photos of Benson and G-Eazy kissing circulated social media last month, Delevingne, 27, defended her ex, telling fans to not attack Benson for seeming to move on.

"It’s more important now than ever to spread love, not hate. To everyone hating on @ashleybenson please stop," she wrote on her Instagram Story at the time. "You don’t know the truth, only her and I do and that’s exactly how it should be."

Benson reposted the message on her own Instagram Story, adding a heart emoji and tagging the supermodel.

Earlier this month, Delevingne opened up about her pansexuality, also explaining to Variety why dating while in the public spotlight can be tricky.

"I’ve always felt bad for anyone I’ve ever been in a relationship with," she said. "It’s very hard to maintain the normality in it. I think it’s why I tend to keep my private life a lot more private now, because that public thing can actually ruin a lot of things." 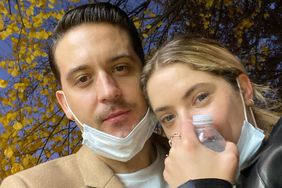 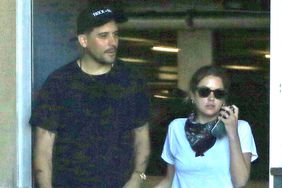 Ashley Benson and G-Eazy Spotted Holding Hands While Out Shopping in L.A. 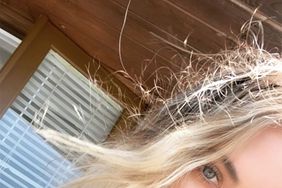 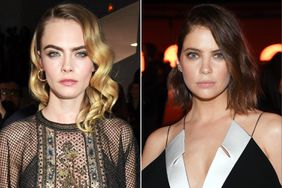