'Queer Eye' 's Antoni Porowski Met His 'Flipping Out' Boyfriend Via Instagram DM: 'It's the 2019 Way'

Antoni Porowski and Trace Lehnhoff have Instagram to thank for their happy romance.

The reality show stars — Porowski of Netflix’s Queer Eye fame and Lehnhoff, an alum of Bravo’s Flipping Out — have been dating since last summer, the pair often sharing photos together on social media. And as Porowski revealed on Wednesday’s Watch What Happens Live with Andy Cohen, their relationship first started in their direct messages.

“We met on Instagram,” said Porowski, 35, who ended things with his longtime boyfriend of seven years, Joey Krietemeyer, before making it official with Lehnhoff. “It’s like, the 2019 way.”

He remained smiling as Cohen said sweet things about Lehnhoff, who worked for Jeff Lewis on season 5 of the house-flipping series. Later, Porowski detailed the first meal he cooked for Lehnhoff.

“I know exactly what it was,” Porowski recalled. “It was a pappardelle with crumbled sausage and white wine parsley lemon zest sauce.”

It should come as no surprise that Instagram is where Porowski and Lehnhoff found one another. The platform is where the couple first made waves with their pairing.

Back in December 2018, the food and wine specialist announced their relationship with a sweet picture of the two wearing matching gray suits and holding hands. “11 is my favorite prime number,” Porowski wrote alongside the photo.

Just days prior, Porowski and Lehnhoff made their red carpet debut, as they attended GQ‘s Men of the Year party in Los Angeles, co-sponsored by Moët & Chandon.

For the Dec. 6 event, the couple coordinated in gray suits, with Lehnhoff opting for a white undershirt while Porowski wore a black turtleneck.

Since then, Porowski and Lehnhoff have been flirty on social media, often liking and commenting on each other’s photos.

They’ve traveled a bunch too, with stops in Puerto Rico and Mexico (as well as a visit to see some horses with Gigi Hadid).

Porowski said on WWHL’s After Show that he’s had more relationships with women than he has men.

Last May, Porowski explained more on that topic when he opened up about his personal life and sexuality for a cover story with Gay Times.

“Some people want to define themselves, and they should as it’s part of their identity,” Porowski said. “For me personally, I’ve never really had a label for myself. Today I’m gay, I’m in a gay relationship, and that’s where I am. That’s good enough for me.”

Though Porowski was dating Krietemeyer at the time, he admitted that he’s always considered himself a “little more fluid along the spectrum.”

“So even being called bisexual … I remember in my early twenties I was like, ‘But bisexual means I can only like girls and guys, what if I like something else?’ ” he said. “Maybe it’s just my rebellious nature. I’m me, I’m Antoni, and I’m all these things.”

The Canadian native also revealed how hesitant he was about saying the popular Netflix show’s title before it aired. “I would embarrassingly catch myself whispering ‘queer’ as though … I don’t know if I was embarrassed or I had some kind of shame, but it still felt taboo from childhood,” Porowski said. 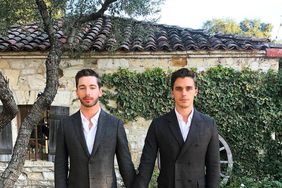 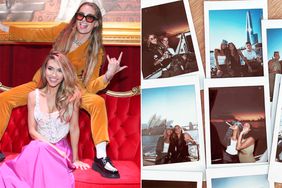