Annabelle Neilson: A Look Back at the 'Ladies of London' Star's Life in Photos

A look back at the life of Annabelle Neilson, who passed away at the age of 49

Born on March 31, 1969 to London investment and property advisor Max Neilson and interior designer and marquesa Elizabeth Neilson, Annabelle grew up in South London alongside her sister, Millie. Annabelle told the Daily Mail that she became a heroin addict at the age of 16, but was later able to remain sober.

Strutting with the Stars

Neilson worked as a model before her death and was close friends with supermodels Kate Moss and Naomi Campbell, among others. "Kate is my best mate and I love her like a sister. Yes, she's an icon but to me she's just Kate," Neilson told the Daily Mail, adding that, "we fight over stupid things, then we kiss and make up."

Neilson was married to banker Nat Rothschild for three years before they split in 1997. "He first asked me to marry him half an hour after we met and then every day afterwards. Finally, we decided to do it," she told the Daily Mail.

The Loss of Her Best Friend

Neilson became known as the best friend of late designer Alexander McQueen, who died in 2010. "He was my brother, my boyfriend, my soulmate," Neilson told the Daily Mail in 2015. "Most of the time, people called me Mrs. McQueen. Quite often we were sharing a bed."

"She was rocked by his death,” a source told PEOPLE about Neilson.

Neilson was an avid horse racer growing up, competing until she was thrown off the saddle in 2013. Doctors told the model she could never ride again, and she suffered chronic pain following the incident. “Coping with the pain was horrific,” a source told PEOPLE.

Neilson starred on Bravo's reality TV series Ladies of London for two seasons, from 2014-15. She previously told Bustle that the fan response to her role had been "amazing."

She launched a children's book series titled The Me Me Me's in 2015. The model told MyBaba that the character in the first book, Angry Me, was inspired by her childhood with severe dyslexia.

"Angry me is a character based on me in part as a child with severe dyslexia — but I think Angry me evokes the frustrations and feelings for children when they can’t release such a powerful emotion as anger and it can be so many different things that a child can struggle with," she told the outlet.

The reality TV star vacationed in Spain in mid-June, and posted a poolside photo of herself enjoying the sunshine. "In Spain catching some rays #sun," she captioned the Instagram image.

One of Her Final Outings

Eight days before PEOPLE confirmed her death at the age of 49, Neilson posted two of her last Instagram photographs when she attended the wedding of her ex-boyfriend, Lord Edward Spencer-Churchill. She congratulated the newlyweds on Instagram July 8, writing, "Happy happy wedding you both look so happy and in love!!!! Best wishes to a special and loving future." 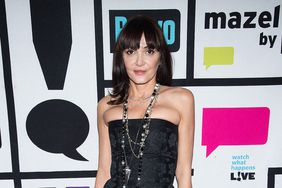 Annabelle Neilson: How the 'Ladies of London' Star Overcame Addiction Before Her Shocking Death 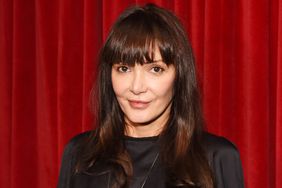