Authorities are reportedly investigating the death of a pet at Teen Mom 2 star Jenelle Evans and her husband David Eason‘s home.

Eason, who was firedby MTV last year over alleged homophobic tweets, found himself at the center of controversy once again after he allegedly shot and killed the family dog earlier this week for biting their 2-year-old daughter in the face.

According to TMZ, North Carolina’s animal welfare hotline was flooded with calls about the incident. The calls were reportedly referred to Columbus County Animal Control after review, as well as the Columbus County Sheriff’s Department.

TMZ reports that Animal Control officers were sent to the couple’s home on Thursday to investigate the incident in order to confirm that the dog is indeed dead, as well as whether Evans and Eason are in possession of its corpse.

According to TMZ, the Animal Control officers were able to enter the couple’s property through an open gate, but fearing for their safety, they turned around and alerted the Sheriff’s Department to complete the visit.

In a statement obtained by PEOPLE on Thursday, the Columbus County Sheriff’s Office said that an investigation was launched into allegations of animal cruelty that reportedly occurred at a home in Riegelwood, North Carolina, but they did not confirm that it was the Eason residence.

When reached by PEOPLE, a spokesperson for Columbus County Animal Control said the Sheriff’s Department is currently “investigating” the incident, but could not provide further information.

On Tuesday, Eason posted a video of the dog, Nugget, becoming aggressive toward their daughter Ensley as she tried to hug him. He also shared a photo showing a scratch mark on the 2-year-old’s face.

Eason has not responded to PEOPLE’s request for comment, but Evans confirmed Nugget’s death on Wednesday, sharing a photo of the French Bulldog sitting on her lap.

A source told PEOPLE on Wednesday that Evans has not spoken to Eason since the incident occurred.

News of the dog’s death became public after Evans’ ex Nathan Griffith called police on Tuesday to request a welfare check on their 4-year-old son Kaiser.

“The male caller referenced making sure his son was safe because his ex-fiancée’s husband shot a dog in front of him,” the Columbus County Sheriff’s Department told PEOPLE.

The police checked on Kaiser and determined he was safe. Because the call only requested a welfare check, they did not further investigate the claim that Eason shot a dog, police said.

Evans and Eason tied the knot in September 2017. In addition to Ensley and Kaiser, the reality star is also mom to 9-year-old son Jace from a previous relationship. 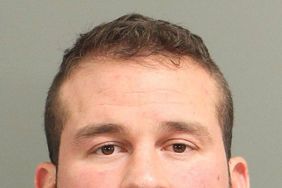 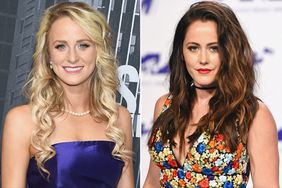