Fans of the Real Housewives of Beverly Hills can look forward even more drama this season as Erika Girardi is expected to open up about her divorce from estranged husband Tom Girardi.

During the most recent podcast episode of Bitch Sesh: A Real Housewives Breakdown, Andy Cohen revealed that Erika will be discussing details of her divorce during season 11 of the Bravo reality show.

"She's talking," Cohen said. "This is what you have to know: we started shooting Beverly Hills and everything was kumbaya. This all happened when we were shooting. She continued shooting."

The TV host, 52, said that fans will see "a lot of unfolding" from the divorce drama in the upcoming season, for which a premiere date has not yet been announced.

"I think that you will be quite engaged with Beverly Hills," he added.

Erika, 49, filed for divorce from Tom in November, telling PEOPLE at the time that it was not "a step taken lightly or easily."

Tom, 81, responded by asking the court to terminate its ability to award spousal support to Erika and to request that the RHOBH star pay attorney fees and costs.

The former couple do not have a prenup.

A month after the reality star filed for divorce, Tom and Erika were sued for allegedly using their split to embezzle money. In December, Tom and his law firm, Girardi & Keese (GK), were held in civil contempt and have had their assets frozen by a judge.

Earlier this month, it was announced that Tom had been diagnosed with with dementia and late-onset Alzheimer's disease.

The once-famed attorney underwent a mental assessment on Feb. 26 as part of his younger brother Robert Girardi's petition to become his permanent conservator. Robert was granted a temporary conservatorship in February until March 30.

Amid multiple lawsuits filed against Tom, Dr. Nathan Lavid, a Long Beach forensic and clinical psychiatrist, wrote a sworn declaration submitted to the Superior Court of California on March 10 saying Tom is medically unfit to attend any court proceedings "for the foreseeable future," a capacity declaration obtained by PEOPLE says.

The declaration came one day after Erika's estranged husband was stripped of his license to practice law through the California State Bar, per records obtained by Page Six. 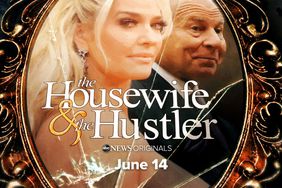 Erika Girardi Has Been Living in $1.5M L.A. Home amid Divorce from Tom: 'She's Made It Her Own'