Ugly Betty‘s Ana Ortiz wed musician Noah Lebnezon just last June, but she already has a new man in her life. On screen, that is.

Ortiz’s character Hilda, who had a rough time after losing her son Justin’s father, is due for some loving this season thanks to hottie Eddie Cibrian, the dimpled cutie recently seen on Samantha Who? and Dirty Sexy Money.

“We’ve only just met on the show and I yelled at him,” Ortiz tells PEOPLE, at a party at the Hollywood Roosevelt Hotel celebrating her cover of Latina magazine.

But there’s only a thin line between love and hate, it seems. So, just how steamy will it get? Ortiz laughs and says, “Well, I don’t know! I don’t know. I’m getting hot!”

And she’s not the only one! “It’s Eddie Cibrian so all of a sudden everybody in the crew is on the set, and I’m like, ‘Really, you guys? Really?’ All the girls are like, ‘I just left something here.’ All the gay guys are like, ‘I need to move a chair.’ It’s hysterical!”

As fun as it may be to film a love scene with an attractive costar, Ortiz had to prepare her hubby for what’s coming. “The most difficult thing about this part of the business for me anyway is telling my husband I’m getting down, and it’s Eddie Cibrian,” she says. “There’s no way for me to be like, ‘This sucks, I hate it!’ It is really uncomfortable and we’re both married, but the thing is like, hello, it’s not hard! Let me put it to you like that.” –Jenny SundelAlberto E. Rodriguez/Getty;Mark Sullivan/WireImage 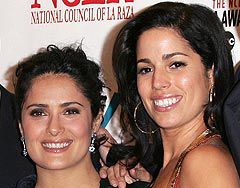 Ana Ortiz: Blame Salma If I Get Pregnant 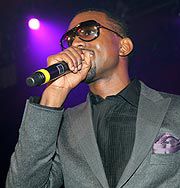 Inside the Emmy Afterparties 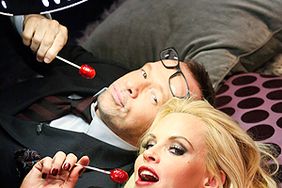 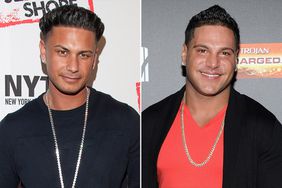