Amy Roloff wants her wedding day to be as stress-free as possible.

In three weeks, the Little People, Big World star will be tying the knot with her fiancé Chris Marek on Roloff Farms — and when she does, her ex-husband Matt Roloff and his girlfriend Caryn Chandler won't be in attendance.

"Chris and I debated whether to invite Matt and Caryn to the wedding, but we decided against it. I think it causes less drama and I think that's better for everyone," Amy, 56, says in a PEOPLE exclusive sneak peek at Tuesday's finale of LPBW.

In a confessional, Chris further explains the reasoning for not inviting Matt and Caryn to the Aug. 28 wedding.

"Initially when Matt offered us the farm, I thought it was just a given that we invite him and Caryn to join us, if they'd like to, you know, no obligation. But then I saw where it could be awkward for some people that were going to be at the wedding and especially maybe for Amy," Chris tells cameras while sitting beside Matt, 59.

Matt adds, "We had a conversation and he goes, 'Are you going to be offended if we don't invite you to the wedding?' [I said,] 'Absolutely not, let's just take it off the table, make it simple.'"

Despite not being in attendance, "I am going to be going to the honeymoon," Matt jokes as Chris cracks up in laughter.

During a pre-wedding visit to Roloff Farms, Chris asks about some logistics for the couple's big day, which Matt happily agrees to.

"Anything for you lovebirds!" Matt says with a laugh as Amy shakes her head.

"Are you as anxious to get rid of her as her dad is?" Chris teases before giving Amy an embrace as she playfully slaps his face.

"Having the wedding on the farm, it's making the big day a little easier for me because I'll be on familiar ground — very familiar ground. You know, and who knows, maybe we'll come up with some great ideas for you and Caryn for the following year," Chris jokes to Matt in their joint confessional.

LPBW: Amy Roloff Says 'It's Getting Easier' Meeting with Ex Matt at Farm — but She's 'Guarded'

More than a year ago, Amy and Chris said they were planning to invite Matt and Caryn to the nuptials.

"It's not like they're not going to be invited," Amy said in an interview with Us Weekly in April 2020.

"We kind of already have the impression that it's not something that they're interested in going to," said Chris. "They're welcomed if they'd like to come. We don't want anyone coming to our wedding out of obligation. The wedding is supposed to be about good friends and close family. And I like Matt. I get along with him fine and Caryn. But we're not friends that hang out. We don't do things together," he said. "They're welcomed if they'd like to come, but I don't want them to feel obligated."

Amy and Matt were married for nearly 30 years before finalizing their divorce in 2016. Together they share twins Jeremy and Zach, both 31, daughter Molly, 27, and son Jacob, 24. 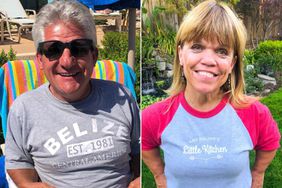 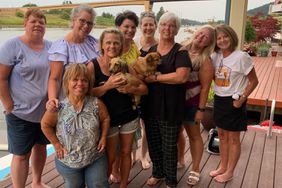 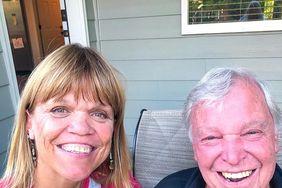 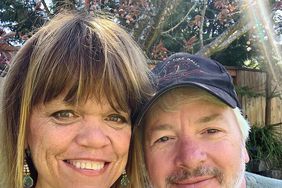 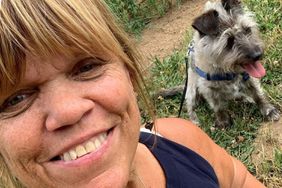