"I never in a million years thought I'd be getting married again, but I also hoped for it," she tells PEOPLE

Marek proposed on Wednesday night, one day after Roloff’s birthday, at the restaurant where the couple has frequented since their first anniversary.

“I’m excited, I’m so surprised, I’m thrilled!” she tells PEOPLE. “I never in a million years thought I’d be getting married again, but I also hoped for it! Now that it’s happening, I couldn’t be happier or more excited.”

Adds Marek, “I was very nervous! It had to be a heart shaped diamond because I knew that’s what Amy wanted.”

Roloff, 55, was previously married to Matt Roloff, with whom she shares four children: twin brothers Jeremy and Zach, 29, daughter Molly, 26, and youngest son Jacob, 22. She filed for divorce in 2015 after 27 years of marriage. Following their divorce, which was finalized in May 2016, the TLC star ventured back out onto the dating scene.

In a December 2016 episode of LPBW, Roloff told Molly about her single life and hitting it off with Marek.

“I’m having a good time,” she said. “You know, I had a couple of pool parties. I had, like, 40 people here. No, I probably had, like, 50 people here. Then this guy Chris that I met, he came to the party, too. We got to talking and he invited me to go on a motorcycle ride. Oh, I’m having a ball!”

Speaking with her girlfriends about her relationship with Marek, Roloff admitted that she didn’t think she’d find love with someone of average height.

“I just never thought someone who is average size would be interested in me,” she said in a TLC clip from June 2017. “I just really want him to never question or doubt the relationship because I’m a little person.”

“I just have a good time. I have fun with him,” she added. “I never thought I’d be dating as a grandma, and it’s nice to experience that and be with someone.”

Love Is in the Air! All of the Celebrity Engagements of 2019

Over the course of their relationship, Roloff has frequently shared photos of the couple on social media, including a Valentine’s Day celebration, a concert in the park and a motorcycle trip.

Recently, the pair celebrated Marek’s birthday together in August.

“I was so very happy to celebrate Chris’s birthday with him on Monday. I missed his actual birthday on Saturday because I was so horribly sick so better late than never!” she captioned a selfie of the two on Instagram. “We had a wonderful time together-took him out to dinner in Lake Oswego and gave him his present. I was glad friends — Lisa and Art were able to joined us in the celebration as well.

“Can’t believe this is our 3rd year celebrating his day together,” she added. “I love it. Happy Birthday Chris.”

Earlier this year, Roloff admitted that marriage was still “very, very important” to her, despite her divorce.

“Even though I’m divorced, I still value and will hold up high the whole concept, the reason, the purpose that marriage is here,” she told producers. “And if by chance I get to do that again, I would still put everything that I can, as best as I can, to make it work.”

“Chris doesn’t express commitment. It’s definitely more of an indirect way, so, you know, I was pleasantly surprised that he is open to marriage,” she added. “I’m not here to push him, I’m not here for him to do something that he is nowhere [near] ready for. But if marriage is meant to happen for me again, the second time, then I would sing ‘Hallelujah.'” 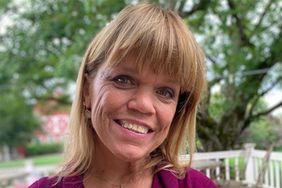 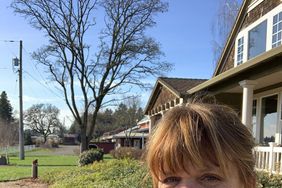 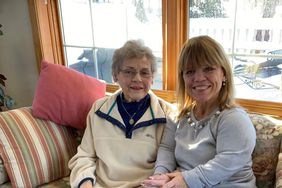 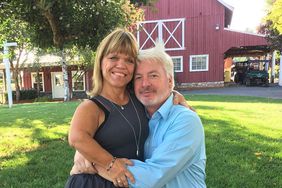 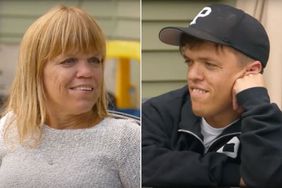 Zach Roloff Explains His 'Awkward' Reaction to Mom Amy's Engagement, Why He was 'Completely Quiet'