Amy Poehler: How a 'Saturday Night Live' Mistake Led to a Powerful Friendship

The actress honored Anastasia Somoza, a woman with cerebral palsy she unintentionally hurt

Amy Poehler learned the hard way that it’s easy to make a bad first impression when your job is making fun of people.

The former Saturday Night Live star emphasized her “shame” over inadvertently mocking Anastasia and Alba Somoza, twins born with cerebral palsy, in an SNL skit from 2008.

Delivering a speech at Wednesday’s Somoza Palooza, which honored the Somoza sisters and their family, Poehler admitted that the gaffe occurred when, “Without me quite knowing the correct context of what I was doing and saying, I ended up making a joke about a project that was based on her life … and Anastasia was watching that night.”

To her horror, Poehler soon received a letter from the Somozas, Oscar winner Chris Cooper and his wife Marianne Leone Cooper – who lost their own son Jesse to cerebral palsy – all of whom were working together on the project Poehler had parodied.

Though she admittedly “chose to be defensive,” at first, Poehler said at the New York City event benefiting Shield Institute and Pure Vision Arts that she fortunately got a second chance many years later.

During a dinner with Spike Jonze, she told the Adaptation. director, “You know, Chris and his wife Marianne sent me a letter many years ago that still haunts me and bothers me, and it’s one of the few things in my life that I have a lot of fear about and shame about.”

After connecting with the Coopers, Poehler took Marianne’s advice and reached out: “Anastasia emailed me back very quickly, and the email she gave to me was a huge gift.”

Said Poehler, “It was a letter from someone who had decided to not build armor but … decided to stay very soft and open and open-minded and open-hearted.”

Poehler made her own good-faith gesture – and showed her investment in the foundation – Wednesday night by bidding on some of Alba’s art and joking to other attendees, “A couple of you are trying to beat me down there. Yeah, I’ll get you.”

After the former Parks and Recreation star’s speech, Anastasia also took the stage to read her life-changing letter, which eloquently stated that the SNL skit had perpetuated many people’s “severe lack of knowledge, awareness, understanding and empathy around disability.”

Poehler, in concluding her own remarks, said, “It’s a great pleasure and privilege for this to be the next step on a long journey to education, for me and for everyone. I think I represent a lot of people who, when you don’t have a personal connection to someone with disabilities or understand that life and that lifestyle, you really kind of are detached. So I appreciate you guys including me and enlisting me to help close the divide.” 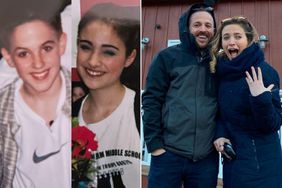 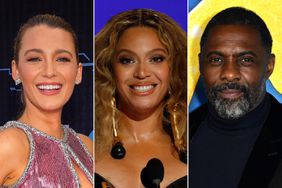