The Duggar cousin sits for a no-holds-barred interview on family, life and love in this week's issue

A “rebel” Duggar tells all! Her reality-star relatives are famously straitlaced, but newlywed Amy (Duggar) King is happy to let her hair down – and chart her own course. Subscribe now for everything about growing up Duggar, only in PEOPLE!

If there’s one thing about Amy (Duggar) King, she marches to the beat of her own drum.

“I’m like a free bird,” she tells PEOPLE in this week’s cover story, where she exclusively opens up about married life with “husband Dillon King and her unique experience growing up alongside her uncle, former 19 Kids and Counting star Jim Bob Duggar‘s famously large, ultraconservative clan.

For as long as she can remember, Amy felt she was different from the rest of her family.

“I was born out of wedlock,” she says of the relationship between her mother Deanna (Jim Bob’s older sister) and father Terry Jordan. The pair married years later, before splitting this past December, but Amy says their nontraditional relationship made her feel set apart.

“I went to Christian school all of my life but I never really felt up to the Duggar standard,” she says, of her more pious cousins.

Though her mom gave her the Duggar last name, Amy credits her dad with making her the woman she is today. “I just wanted to make sure she wasn’t stifled or held back in any way,” Jordan tells PEOPLE of how he’d take her hiking and let her listen to secular music. “I made a concerted effort for her to be able to express and be herself.”

Mission accomplished. Ever outspoken, Amy says, “I don’t feel guilty for being me.” In the issue she dishes on her wild and sexy romance with Dillon and how they’re living life and practicing their Christian faith on their own terms. “I think kissing before marriage should happen,” Amy says, adding that she and Dillon pumped the brakes on going further than that until after their marriage.

Despite the couple and her family’s differences, Amy says, “My family is very, very accepting,” and have all but taken Dillon in as one of their own. Now, months after her cousin Josh’s scandals wreaked havoc on their tight unit, Amy says they’re all on the mend. Still, from childhood, until now, Amy says, “I love them.” 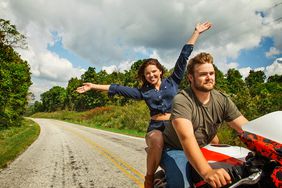 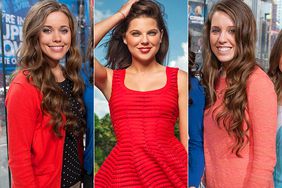