Anyone who’s been around germaphobe Howie Mandel should know that the comedian doesn’t like to shake hands.

That’s all about to change on America’s Got Talent.

On this season of the NBC competition show that returns in May, Mandel is successfully hypnotized, and the results are pretty extraordinary.

“I didn’t believe the guy at first,” said AGT star Heidi Klum, who, together with Melanie Brown and Nick Cannon, held a press conference in Pasadena, California, on Thursday to promote the new season. “When we were able to touch Howie’s hand, once that happened, [I realized] this was for real.”

“I put my therapist into a whole new tax bracket,” joked Mandel – kind of. He actually did contact his therapist after the show because the act “disturbed” him.

“Five minutes on AGT and I got touched by everyone,” he said. “It’s kind of amazing I survived it. It says how really good the hypnotist was. I was touching things I never touched before.”

Just to explain the extent of Mandel’s phobia: The 59-year-old comedian, who suffers from obsessive-compulsive disorder, told PEOPLE that he hadn’t shaken anyone’s hand in nearly eight years.

“I was afraid the [hypnotism] triggered my OCD,” Mandel told PEOPLE. “I’m okay. I’m fine. The best way to describe it was like a real and natural Xanax.”

So is Mandel willing to give hypnotherapy a try to permanently cure his fear of shaking hands?

America’s Got Talent returns on May 26 to NBC. 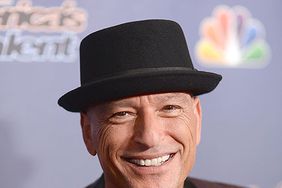 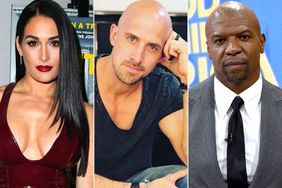