"I sing him this song to make him feel better and give him comfort and strength to continue fighting," Evie told the judges

Audiences were brought to tears after hearing 14-year-old Evie Clair’s moving performance for her father, who was diagnosed with Stage 4 cancer.

On Tuesday’s episode of America’s Got Talent, the Florence, Arizona native belted out Christina Perri’s 2011 song “Arms” — the ballad she has been singing to her cancer-stricken father in times of need.

“About a year ago, my dad was diagnosed with Stage 4 cancer,” Evie tearfully told Mel B, Simon Cowell, Heidi Klum and Howie Mandel. “They gave him a five percent chance to live, and he continued working and supporting our family. So tonight I’m here to sing for him.”

As the teenager wiped away her tears, she added, “When my dad is having rough days, I sing him this song to make him feel better and give him comfort and strength to continue fighting.”

After Cowell gave Evie a moment to collect herself, she made her parents — who were waiting in the wings — very proud.

Perri appears to be a fan of Evie’s. “THIS IS SO BEAUTIFUL!” the singer tweeted in response to the emotional performance. 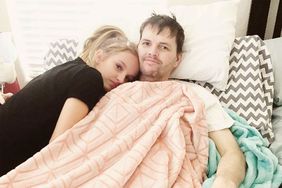 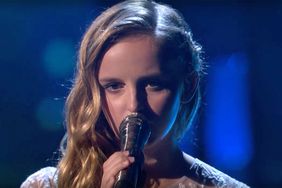