Howie Mandel, who chose Courtney Hadwin as his Golden Buzzer winner, previously told her that she reminded him of Janis Joplin

The 14-year-old singer from Durham, England, teamed up with The Struts for an unforgettable collaboration during Wednesday’s finale of America’s Got Talent. Along with a performance of the band’s song “Could Have Been Me,” Hadwin channeled her music idol by belting out the lyrics of “Piece of My Heart.”

Howie Mandel, who chose Hadwin as his Golden Buzzer winner, previously told her that she reminded him of Joplin.

“Oh my gosh, you are not from this era. You’re from a whole different era,” he said before talking about how Clive Davis discovered Joplin. “I’m not Clive Davis, I’m Howie Mandel, and I can’t sign you to a record deal. The only thing I can do for you, young lady, is give you [the Golden Buzzer].”

And Hadwin has been blowing viewers’ minds with her rocker-chick style — especially her rendition of “Born to Be Wild.”

During the finals round on Tuesday, Hadwin blew audiences away with a jaw-dropping performance of Tina Turner’s 1988 classic “River Deep – Mountain High.”

“I’ve dreamed since I was really little of coming to America. When I was 11, I saw a James Brown video and it changed everything,” the teenager previously told fans and viewers.

Though she said her music idols are “really inspiring,” Hadwin emphasized, “I don’t want to be Janis Joplin, Otis Redding, James Brown. I want to be myself.” She added, “Because it’s the finals, I’m not going to hold back. I hope people go to the Dolby Theatre one day and say, ‘That’s where Courtney Hadwin performed.’ ”

The Struts’ new album Young & Dangerous will be released Oct 26.

Watch the America’s Got Talent results show on Wednesday at 8 p.m. ET on NBC. 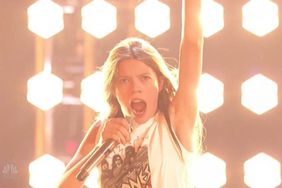 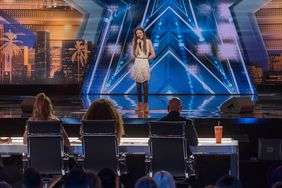 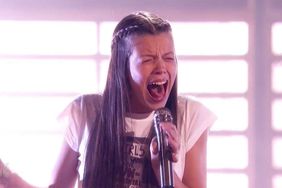 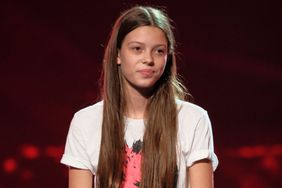 'AGT' Breakout Courtney Hadwin, 14, on Losing Season 13: 'I Didn't See Myself as a Fan Favorite' 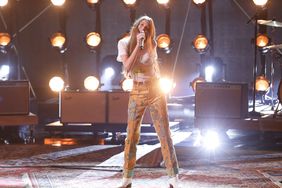 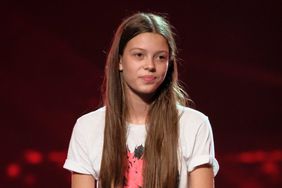