Amber Tamblyn Defends Husband David Cross Amid Allegation of Racism: 'He Said He Was Sorry'

"He said to me, 'What's a matter? You don't speak English?? Ching-chong-ching-chong,' " actress and comedian Charlyne Li alleged of Cross

Amber Tamblyn is speaking out after her husband David Cross was accused of making racist comments to actress Charlyne Yi.

On Thursday, a Twitter user retweeted a story about Cross — whom Yi has alleged made a series of racist jokes upon meeting her 10 years ago — calling him “gross.”

Another responded: “Ugh what is he doing?? Meanwhile his wife, the lovely @ambertamblyn, is such an advocate and force of nature.”

Tamblyn, 34, then wrote back: “He said he was sorry, publicly, several times. Please don’t @ me in conversations dragging my husband. Thanks.”

The issue arose Monday, when Yi, 31, tweeted about the first time she met Cross, 53, when she was just starting her career as a comedian.

“I think about the first time I met David Cross 10 years ago and he made fun of my pants (that were tattered because I was poor),” the House actress said. “Dumbfounded, I stared at him speechless and he said to me, ‘What’s a matter? You don’t speak English?? Ching-chong-ching-chong.’ ”

“Then after he saw I was offended he asked me if I was going to fight with him karate in a southern accent,” she continued. “Then a few years later he was re-introduced to me after my comedy show with his girlfriend at the time & he said ‘Hi nice to meet you.’ ”

Yi added that she “can tell the difference between this man making a joke vs condescending me,” and that she “sure as hell” hopes Cross has changed — “or at the very least, he’s scared enough to not be his racist self.”

“However, it is very uncool that a 40+ man was being racist towards me, being a young 20 year old woman who was clearly on the verge of tears from his first racist comment,” she concluded.

Cross issued his own lengthy response via Twitter on Tuesday, saying Yi’s accusation took him by surprise and was “deeply upsetting.”

“I would never intentionally hurt someone like that,” he said. “I do not remember doing this when I met her. I do remember meeting her though. She was the then girlfriend of a good friend of mine and we were about to start working on a movie together. I am NOT accusing Charlene [sic] of lying and I’m truly sorry if I hurt her, it was never my intention to do that.”

“I do not remember it like she remembers its (and clearly we’re quite a bit far apart on this) but I reached to her privately and expressed that and more, including the possibility that perhaps we are both misremembering *exactly* what happened that night?” he continued.

“I can’t believe I have to write this but I am not a racist nor a bully and loathe them in real life,” he added.

Cross followed up in two additional tweets Wednesday, putting forth his own theory for what happened that night, which is that he was likely doing a bit as his Southern “redneck character.”

“I have NEVER said ‘ching chong, ching chong’ unless I was doing some a—hole redneck racist character,” he said.

“This took place at a hotel bar in Shreveport Louisiana where we were about to go into rehearsals for a movie,” he said. “When introduced [to] her I must have done my version of a southern redneck character, one which I am well acquainted with from growing up in Georgia, which I have made fun of forever.”

“Charlyne did not understand I was doing my ‘welcome to Shreveport’ greeting,” he continued. “As well, I had NO IDEA she was upset or I would’ve apologized to both her and Michael. I believe that had to be it because I would never knowingly treat someone like that.” 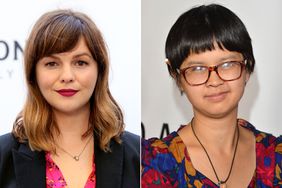 Amber Tamblyn Reaches Out to Actress at the Center of Husband David Cross' Racist Allegation: 'I Believe Her' 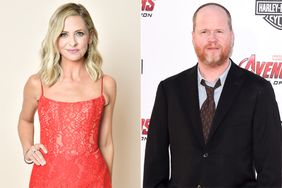 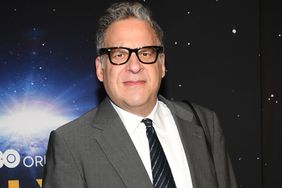