Amber Rose is the (naughty) gift that keeps giving.

The model and SlutWalk founder spoke to Entertainment Weekly about her upcoming VH1 talk show, The Amber Rose Show, and revealed that the parting gifts she hopes to offer audience members will certainly be buzzworthy.

“If you know me, you know I’m very sex-positive,” she explains. “We have a full segment of sex and relationship questions that are very extreme. … It’s a no-judgment zone.”

The 32-year-old, who described her hosting style as “half Conan O’Brien, half a female version of Howard Stern,” also dished on another famous woman to whom she relates: Amy Schumer.

“Our conversations are extremely vulgar and disgusting, but in a really funny way. Like, extremely sexual acts that we probably have never done,” she told EW. “That’s just our relationship. It’s always fun talking to Amy, because she’s just so ridiculous.”

It remains to be seen whether Schumer, 35, will return the favor and appear on Rose’s show as Rose has done for Inside Amy Schumer, and the soon-to-be hostess is keeping mum.

She teases, “We have a really cool lineup of celebrities. But I can’t tell you – it has to be a surprise.” 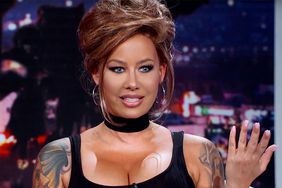 'I'm Just Such a Nerd in the Bedroom': Amber Rose Says Her Sex Life Isn't as Crazy as Everyone Thinks