On Thursday night's episode of Jimmy Kimmel Live!, Riley performed a breathtaking tribute to Rivera with her and was introduced by guest host Lil Rel Howery, who called Rivera a "really amazing friend."

"Not too long ago, we both lost a really amazing friend in a tragic accident and we both will miss her forever," Howery said. "I want to thank the show for really letting us do this and [Riley's] here to perform a tribute to our good friend, Naya Rivera."

The actress and singer, 34, then performed her new track titled "A Moment," a song about overcoming our toughest battles.

“Now I need a moment alone with my soul/I can’t stop these thoughts, I need peace,” Riley sang as black-and-white photos of Rivera were projected behind her.

At the end of her performance, Riley paused at the microphone and turned to look at Rivera's image behind her.

Last month, Rivera accidentally drowned while swimming at Lake Piru in Ventura County, California, with her 4-year-old son, Josey. Law officials recovered her body from the water on July 13, five days after she was reported missing. She 33 years old.

Riley honored her late friend in a touching social media tribute, where she shared a slideshow of photos featuring the two together as she began her caption by writing that the pair had the "best duets" while starring on Glee together.

"Miss you baby girl and I love you #NayaRivera," she wrote at the time. "I’m so mad the world will never see how high you could have soared. Her brain was brilliant. She was smart and as quick as a whip. Always had me in stitches, we would be in tears laughing so hard at one another."

Riley expressed that there was never any competition, shade or intimidation between the two stars, "just pure adoration and mutual respect," adding, "You deserved better. You were so much more than just this show. Your talent outshined us all so many times!"

Riley then wrote about one of her favorite moments with Rivera that happened while they were on tour, before comparing herself to the late actress and writing that they were alike in many ways.

"We love hard, and protect our own, and we don’t take no s--- from anyone," she wrote. "We can either slice you with our words, or bring you comfort with that same breath. Dealer’s choice."

"I say your name everyday and hold you in my heart, just like I do Cory [Monteith]," Riley added.

Riley then noted how the former cast and crew of the hit FOX series have come together to show their love for one another, inspired by Rivera.

"Your presence brought so much excitement, so much passion, so much joy, and in your absence you’re STILL holding us accountable and getting us together," she wrote. "I’ve cried until my tear ducts have dried out, now it’s time to celebrate the fact that us mere humans got to experience walking through life with an earth angel. Rest well. I pray you found the peace we all are searching for." 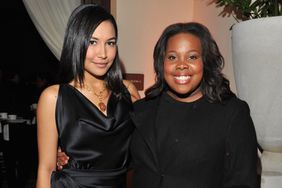 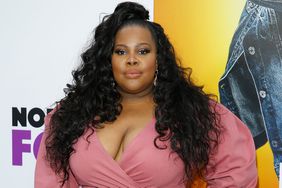