Some friendships are beyond definition.

Actress Amanda Peet tells PEOPLE at the Elle Women in Television event on Saturday at Chateau Marmont in West Hollywood, California, that her relationship with Sarah Paulson is “complicated,” but special.

“It’s very intense and visceral and really beautiful and we work hard at it,” Peet, 45, shares.

The duo made headlines on Jan. 8 after sharing a cheeky kiss on the red carpet at the 2017 Golden Globe Awards in Los Angeles.

Of the moment, Peet says, “There was no thought process. That is often the case with my relationship with Sarah.”

In fact, she says, “[Paulson’s] a little bit like my other husband or wife. She’s like my wife.”

In reality, Peet’s main man is Game of Thrones co-creator David Benioff, whom she’s been married to since 2006. The couple shares three children.

RELATED VIDEO: Is It Possible to Scare Sarah Paulson?

They were by each other’s side at the 22nd Annual Critics’ Choice Awards, and, last month, for the opening of Lincoln Center Theatre’s The Babylon Line at the Mitzi E Newhouse Theater in New York City. 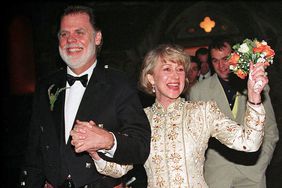 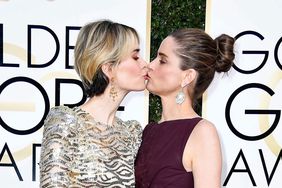 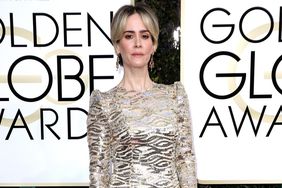